Black Mass is a movie I have really been looking forward to. Johnny Depp hasn't been on a great streak as of late, but I think this film can be a return for him. It has a star-filled cast including Benedict Cumberbatch, Joel Edgerton, Corey Stoll, Kevin Bacon and Adam Scott. The story, following notorious Boston gangster Whitey Bulger, sounds fascinating. I have also really liked the trailers that have come out so far. The first was the best, but the second one was pretty good as well. It has looked like this is going to be an intense, character driven narrative-- a gangster movie we haven't gotten in a while that we really need. And now, we have our third trailer for Black Mass.

I don't think this trailer is on par with the first two, but it is still a really good trailer. I liked how it showcased the other supporting actors that we haven't seen much of yet, like Cumberbatch, Bacon or Stoll. It also gives us a look at the story, beyond just being about the life of Bulger. What took this trailer down a bit was the song. It just didn't seem like a good fit for the vibe of the film or trailer, and seemed really out of place. I'm still incredibly excited to see this film, but this trailer wasn't as good as the previous ones. 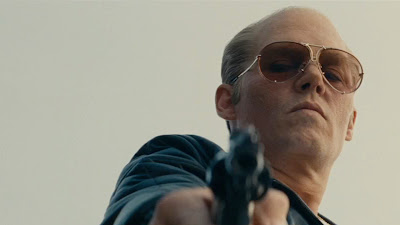 What do you think? Did you like the latest trailer for Black Mass? Are you looking forward to the film? Leave your thoughts in the comments section below.