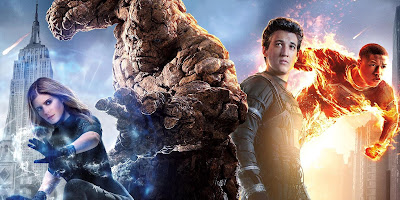 I'm going to go on a bit of a rant about Fantastic Four, so bare with me. I have been defending this film from day one, and despite all the terrible reviews, I stand by my defense. When the reboot was initially confirmed, and everyone was sh*ting on it, I had to question why. Why are you complaining about a movie that you know nothing about? And since its inception, there has been nothing (until late) for people to complain about. It got a fantastic director in Josh Trank, who made an incredible movie with Chronicle. The cast had some of the best young actors working today with Miles Teller, Kate Mara, Michael B. Jordan, Jamie Bell and Toby Kebbell. The film was going for a horror feel, which would have added some diversity and freshness to the comic book genre. But everybody was hating on this movie, saying it was going to suck, based on nothing.

Comic book fans have been raising their fists in the air screaming for racial diversity in film, yet when Jordan was cast as Johnny Storm, they were against it. It made no sense. There were debunked rumors that Trank was destroying set pieces and was showing up drunk to set every day that people clamored behind as being proof that this movie would be bad, but, like I said, those were proven to be false. Every problem fans had with the reboot was either proven false or predicated upon the stench of the original two Fantastic Four movies. I have been saying for a year now that we can't judge this film on baseless nonsense. If you aren't interested because you don't like the direction or you didn't care for the trailers, that's fine, but don't hate on it for no real apparent reason.

This movie has been fighting an uphill battle with fans. And then, after I have defended this movie for so long, Fox proved that maybe some people were right about this movie. They held the embargo for reviewing the film until twenty four hours before its release, and weren't doing any advance screenings. That was a clear sign that Fox did not like the movie they had. Then, the reviews began coming out. As it stands, Fantastic Four has a 9% critics score on Rotten Tomatoes, and is one of the worst reviewed comic book movies in history. 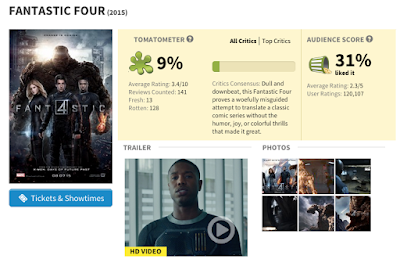 And before I get into the meat of the article, I have to say to those fans who are saying they "called it" that Fantastic Four was going to suck-- no you f*cking didn't. You were lucky. And is it luck that we got a sh*t movie? Your argument was based on nothing, just hatred for two movies that came out ten years ago. There was no substance to why you hated this movie. So don't go around saying you called it since this movie is bad, because you had no way of knowing. It was a lucky guess that you took, a fifty/fifty shot, and unfortunately for fans hoping for a really good Fantastic Four movie, you had a lucky guess.

Getting back to the story... so what the hell happened? How can Fox go from giving us one of the best comic book movies of all time in X-Men: Days of Future Past to this piece of trash? And who's to blame? Since the film's release and the movie has been officially decreed as "awful", more information has come out. Even before the movie came out, Trank tweeted out an apology, but was quick to delete it. That didn't stop it from blowing up on the internet, though. You can see it below: 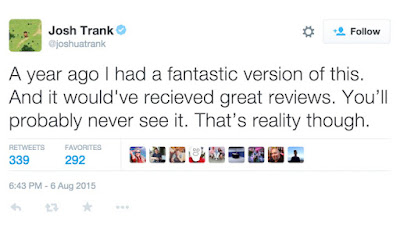 So Trank is blaming the studio for interfering. And since then, we have learned a lot more. Apparently, Trank and Fox had agreed on three major set pieces that would be crucial to the action in the film. Midway through filming, Fox took these set pieces away to reduce the budget. Trank then had to scramble to rework the script to figure out how to fix the movie. Then, Fox went into the editing room and changed the entire third act of the film, which is said to feel completely different from the rest of the film, and be the movie's ultimate downfall. From everything we're hearing, it's looking like Fox tried to bully Trank, since he was a new director, causing them to fight and the result was a mess of a film.

This makes sense when you look at something that happened a few months ago, when Trank left the Star Wars Anthology film he was supposed to direct. Everyone was saying that Disney fired him after seeing how bad of a job he did with Fantastic Four, which I thought was a baseless argument anyways, but he then went ahead and said that he left of his own free will, because he didn't want to make another big movie. You can read his full statement here. At the time, it was a bit confusing, but now in context, it makes complete sense. After having gone through the ringer with Fox, why would Trank want to it all over again (and probably, it would be even worse) with a bigger studio in Fox with a bigger franchise in Star Wars? 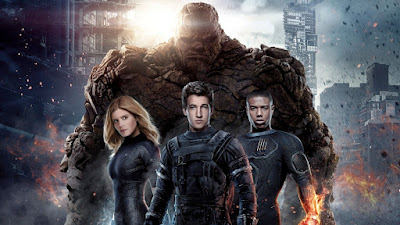 Look, I don't know if we'll ever know the full story behind Fantastic Four. At this point, it looks like Trank had a vision and the studio continuously interfered until the movie was no longer his. But all we've heard has been Trank's side. Fox may have a completely different side to the story that we have yet to hear. I think that this is a story that is going to keep developing as time goes on. And who knows? Maybe Fox will give up its rights to the characters after three failed attempts? Maybe they'll go back to Marvel Studios? Or maybe they'll go ahead with their scheduled 2017 sequel and just try to do better. But one thing's for sure: Trank won't be back to direct a sequel.

What do you think? Do you think Josh Trank is the victim here, or is there more to the story that we have yet to hear? Did you see Fantastic Four? Did you like it at all? Leave your thoughts in the comments section below.