Right now, even more so than Batman v. Superman: Dawn of Justice, my most anticipated film of next year is Deadpool. I love the comic book character, and I have been waiting to see him done justice on screen ever since he was completely f*cked over in X-Men Origins: Wolverine. And now we are finally getting the movie we have all been waiting for. With Ryan Reynolds in the lead and a promised R-rated adaptation, there's nothing not to be excited for. Back at San Diego Comic Con a couple weeks back, the audience of Hall H got to see the trailer for the film, which was not released online. Reynolds then said that the trailer would be released a few weeks later, so that a few special effects shots could be finished. It was then announced (via a clever preview trailer, which you can see here), that the trailer would be released today. And now we have it.

The Redband trailer is awesome. I have a couple problems with it, but I loved it overall. They nailed the spirit of the character. He's funny, sarcastic, uber-violent and womanizing. And that's what this trailer captured. You saw awesome, gory fight scenes. You saw Deadpool in strip clubs and having wild sex. You saw Deadpool swearing. This is everything we wanted from a Deadpool movie, and we are finally getting it. The Green Lantern reference at the beginning ("Please don't make my suit green. Or animated") was hilarious. And we also saw the live action version of the animated test footage that started this whole thing. 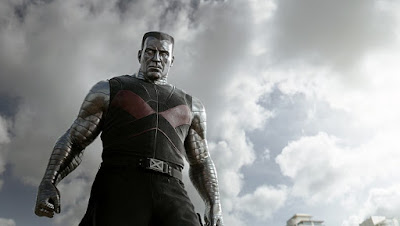 I think Colossus looks cool, because he is so big, but I think he looks too CGI and fake. Maybe the special effects shots will look better by the time the movie comes out. And I hope to God they make him Russian this time, because that's who the character is. My only other problem was that a few of T.J. Miller's jokes fell flat. I don't like the avocado joke. I think it's kind of stupid and a poor way to end this really awesome trailer. I also don't like his Utah joke. It just didn't work for me. I think Miller will be great in the film, but the jokes he had in this trailer were kind of bland. But other than that, the trailer is incredible and now I am even more excited to see this film.

You can watch the greenband trailer above, which isn't as good as the redband, but the very end with Deadpool talking to the audience is awesome! 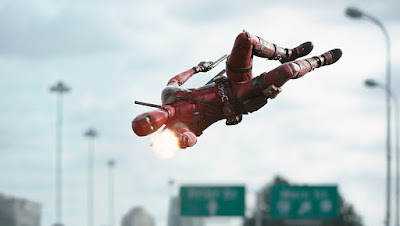 What do you think? Did you like the trailer(s) for Deadpool? Are you looking forward to the film? Leave your thoughts in the comments section below.