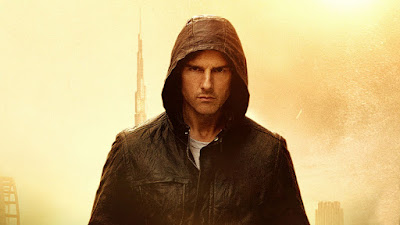 **Warning- There will be SPOILERS**

Mission: Impossible- Ghost Protocol centers on Ethan Hunt (Tom Cruise). He has been locked up in a Russian prison and is surprised when Benji (Simon Pegg) and Jane (Paula Patton) break him loose. He soon discovers that a Russian terrorist named Hendricks (Michael Nyqvist), codenamed Cobalt, has plans to steal nuclear codes to wage a war between Russia and the United States. After an attack on the Kremlin by Hendricks, the President has disbanded the IMF, enacting Ghost Protocol, as the Russians suspect the United States is behind the bombing. With no help, Ethan and his team, including analyst Brandt (Jeremy Renner), must race against Hendricks in order to get the launch codes to prevent nuclear war, except not everything goes according to plan.

This movie has you on the edge of your seat for the entire time. The filmmakers perfectly build up suspense with each passing second, to have you literally cringe in your seat watching. What makes this film work so well is that it's not necessarily the missions that are impossible-- it's the execution. The tech begins to malfunction. Someone is injured. Something unexpected happens. Layer upon layer of this is built on, to the point where it seems impossible for Ethan and his team to succeed. And yet, somehow, they do. It is brilliantly directed by Brad Bird, who made his live action directorial debut with Ghost Protocol. He had previously directed animated movies like The Iron Giant, The Incredibles and Ratatouille, but working on those kinds of movies were not preparation for making a film on the scale of Ghost Protocol. It was a surprise to me that not only was the directing fine, but it was exceptional. The film is perfectly orchestrated and all comes together and works mainly because of the direction. 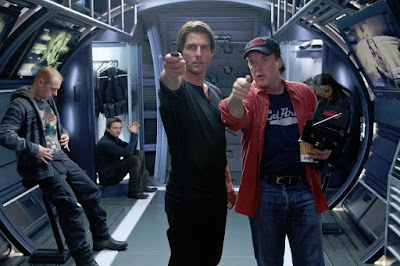 Even though the story is solid and compelling, what makes this movie so great is the action. The suspense built by the layers of malfunctions and errors make the action even more engaging, as you're invested in the stakes. You have to give credit to Cruise and the filmmakers. The action is exceptional. The filmmakers chose not to go with the modern day action of shaky-cam and rapid editing, which I detest. Instead, they chose to have long shots, with the actors performing their own stunts. I'll get into Cruise and his Dubai scene a bit later, but he has so many other stunts in this movie that he does excellently. What makes action work on screen is when you can see the actor actually doing it, and it feels real. This is a specialty of Cruise, as he is known for doing the most outrageous and insane stunts.

The comedy also works really well in this movie, mainly due to Pegg. His comedic timing in this movie is impeccable, and it's all based around the idea of how crazy and impossible these missions are. Cruise will say "We're breaking into the Kremlin" and everyone will say "Okay" except for Pegg, who is like "Wait a minute. The Kremlin?" It works so well. But Pegg isn't there simply as comedic relief. He has a purpose to every mission, and because he is utilized in the missions, his comedy is enhanced. If he was worthless other than for jokes, then it would detract from the comedy. But he serves an important purpose in the movie.

Now, let's give credit to Tom Cruise. In the film, the team goes to Dubai to intercept nuclear launch codes. This entire scene is the best part of the movie, in my opinion. It is the epitome of what the movie does so well, with everything failing. It just keeps building-- from having to access the server room from the outside, to the dust storm, to the targets showing up early, to having to reprogram the briefcase, to the masks malfunctioning, and so on. And while the entire sequence is fantastic, the stand-out part of the movie is when Cruise scales the building. What makes this so incredible is that Cruise actually did it. He actually climbed the tallest building in the world. There was no green screen, no stunt double. He did it all himself, and that is something to praise him for. It was an intense, suspenseful scene. I remember I was writhing in my seat watching this initially in theaters, and I still do after seeing it so many times. It's fantastic, and what made it was how Cruise actually did it.

Now, not everything is great in this film. There are a couple parts where it drags a bit. Hendricks isn't the greatest or most dynamic villain, and they could have developed him more. They did little to explain why Hendricks wanted nuclear war, other than because he was a terrorist. If they had put some more work into developing him and explaining his motivations, I would have been more invested in his character. But because there was a lack of this, he was just the villain in the movie. Which is fine, he served his purpose. But if they were to improve the film, he is something they could have worked on more. I also wish there was more of Josh Holloway. I'm a big fan of Lost, and I was excited to see him in the film, only to find he had a very minimal role. I understand his purpose and that he had to die to motivate Patton's character, but I wish he had more of a presence in the movie. But what he did do was awesome. 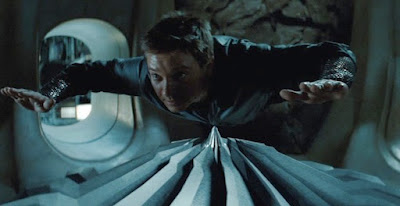 Overall, Mission: Impossible- Ghost Protocol is an action-packed thrill ride. The action is fantastic, because of the suspense created by the exceptional directing by Brad Bird. Tom Cruise is incredible, due to the stunts he does himself, which adds validity and believably to the movie. Simon Pegg works great at adding comedy, but also adds something to the movie. Jeremy Renner and Paula Patton also do great jobs of being kick-ass agents. The movie could have been a bit tighter, and could have improved on its villain. But in the end, this is a great film to watch!