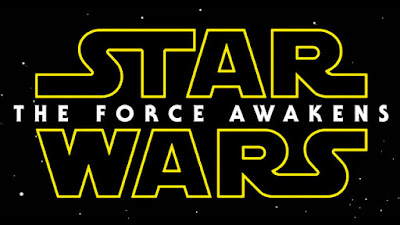 Entertainment Weekly put out a big new issue that touched up a lot on Star Wars Episode VII: The Force Awakens. In my last article, I talked about the images the issue revealed, which you can view here. The images were fantastic, and simply reaffirmed my excitement for this monumental film. But the issue also revealed a lot of interesting details about the main characters, and teased at some of the connections that may have. These details merely hint at what is to come, without dropping any specifics. It has kept with the theme of The Force Awakens' marketing so far, which has been elusiveness and reservation. But there's a lot to read in between the lines of director J.J. Abrams' comments in the issue, so let's get right into it. 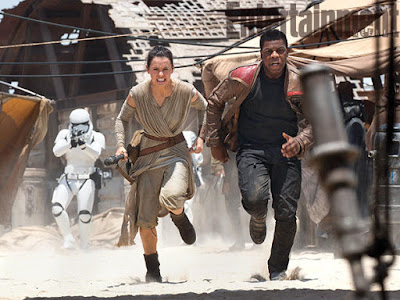 Something we have known for a while, even before the first teaser, has been that Finn (John Boyega) and Rey (Daisy Ridley) will be the central protagonists of the film. Some reports have been saying that Ridley will be the main character in the film, and Boyega is a co-(but lesser) lead, which sounds interesting to me. But when all of the characters' names were revealed a while back, we never heard the last names of Finn and Rey. That has led to much speculation that they are related to characters from the original trilogy- mainly that Rey is either a Solo or a Skywalker, and Finn is related to Lando Calrissian, originally played by Billy Dee Williams. While I didn't necessarily agree with both these rumors, it seems like they are more likely now.

In the EW issue, Abrams spoke specifically about Finn and Rey, saying:

"I will only say about that that it is completely intentional that their last names aren't public record."

I have thought that Rey was most likely related to either Han Solo or Luke Skywalker, but I never bought into the idea that Finn was the son (or grandson) of Lando. But if both their names were intentionally withheld, then there must be a secret to Finn's last name. Unfortunately, there aren't a lot of black characters in the Star Wars universe that Finn could be related to. That's saying if the reason the names are being withheld are because of heritage. Maybe there's a different reason (not one that I can think of now) why their last names are not being revealed. But my guess is, now with Abrams' comment, that Rey and Finn are both related to characters from the original trilogy. 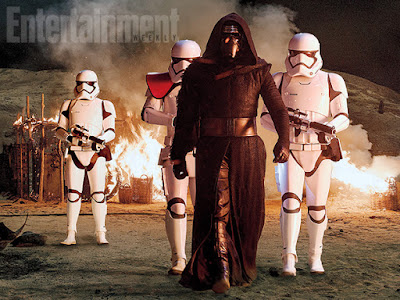 We have also seen that there are a lot of villains in The Force Awakens. General Hux (Domhnall Gleeson), Captain Phasma (Gwendoline Christie) and Supreme Leader Snoke (Andy Serkis) are all villains, but Kylo Ren (Adam Driver) will be the central antagonist of the film. At least, he's been the most marketed one. From his introduction with the crossguard lightsaber in the original teaser to the new images in the EW issue, Kylo Ren has been looking more and more formidable and terrifying as a villain. But during the interview with Abrams, some new information about Kylo Ren's character were revealed.

It seems the name "Kylo Ren" is not the character's original name, but is rather acquired by his involvement in a group known as the Knights of Ren. This leads some credence to prevailing theory that Kylo Ren is the rogue brother of Rey, and is either a Solo or Skywalker. I have always liked this theory, and now it seems to be even more plausible. As to what the Knights of Ren are and how they play into the story, I don't know. My guess is that they could be an extremist group that idolize the fallen Sith. This idea has some legitimacy, since Abrams confirmed that Kylo Ren built the crossguard lightsaber himself. If the Knights are in fact trying to copy the Sith, building similar lightsabers is a great starting point. The more that I've seen of Kylo Ren, the more I've bought into him as the villain. And these new details have made me like the character even more. 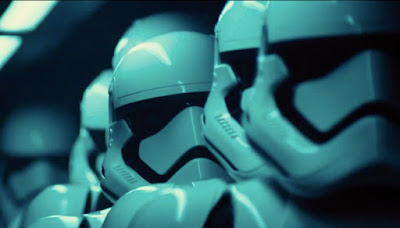 So what do we know concretely about the characters of Finn, Rey and Kylo Ren? Very little. Everything is speculation at this point, other than what I specifically stated came from J.J. Abrams. That is the genius behind the marketing of The Force Awakens: the filmmakers are officially revealing very little information, and are letting fans speculate and theorize all these ideas based off the finite amount revealed. It gets fans buzzing and talking, and self-markets the film by bringing awareness and keeping the title in the forefront of people's minds. So while the EW issue revealed some very key and interesting bits about the characters, we still know virtually nothing about the film or what's going to go down... and I am very excited about that.

What do you think? Do you like the character details revealed about Finn, Rey and Kylo Ren? Are you looking forward to Star Wars Episode VII: The Force Awakens? Leave your thoughts in the comments section below.