The Martian is a movie I am really looking forward to, but I'm cautious about it. Director Ridley Scott has brought us some incredible movies in the past, but he hasn't been on a role lately. He's been having critical and financial bombs one right after the other. But I have hopes that The Martian can change that. The cast looks incredible, with the talents of Matt Damon, Jessica Chastain, Kristen Wiig, Chiwetel Ejiofor, Kate Mara, Sean Bean, Jeff Daniels, Sebastian Stan and Michael Peña. I also really liked the first trailer. It may have spoiled a little too much, but I still rather enjoyed it. I have high hopes for this movie, and I think it can be a really exciting science fiction thriller.

However, this second trailer is not up to par, simply because it is practically the same trailer as before. It has the same beats, the same jokes, with only bits of new footage sprinkled throughout. I don't feel as if it added anything new, or gave me any other reason to be interested in this film. As a trailer on its own, it's fine. It's more than capable. But as a second trailer it fails because it is basically the same trailer we got with the first one. I will say though that the visuals are spectacular, and that even if this movie fails on all other fronts, the visuals will hold up to make the film somewhat enjoyable. 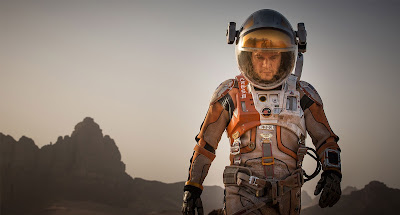 What do you think? Do you like the second trailer for The Martian? Are you looking forward to the film? Leave your thoughts in the comments section below.