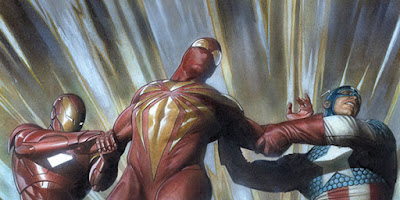 According to the new Spider-Man writers John Francis Daley and Jonathan M. Goldstein, the new Webslinger actor Tom Holland has wrapped his scenes in the upcoming Captain America: Civil War. This is very important news, because it kind of confirms that Spider-Man will have a smaller part in the film. I think many assumed Spider-Man would be the third billed character, but this news seems to show that Civil War will be an introduction to the character, rather than his first movie. Civil War should focus on Cap, since it is his movie. Even though I was looking forward to seeing Spider-Man, I was hoping he wouldn't be taking up too much screen time, as there is so much to cover. So this news from Daley and Goldstein is very reassuring. 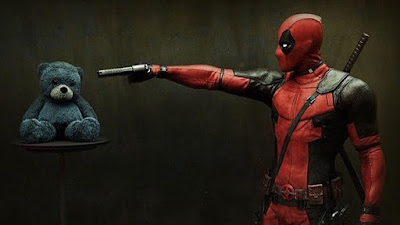 Back at San Diego Comic Con, Fox showed a trailer for Deadpool, but never put it online. At the time, actor Ryan Reynolds said it would go online in a couple weeks. And now it's going to happen. The Deadpool trailer is coming next week, with a green and redband trailer. I can't wait to see this. Deadpool is my most anticipated movie of next year. I really love this character, and I want to see him done justice on the big screen, after they completely f*cked him up in X-Men Origins: Wolverine. I have a feeling this is going to be an exceptional movie, and I can't wait to see the (redband) trailer. 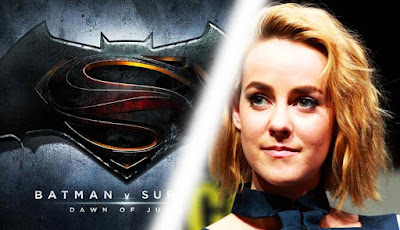 While it has been known for a while that Jena Malone would have a role in the upcoming Batman v. Superman: Dawn of Justice, it has been unknown who role she would have. She has been rumored endlessly to be Carrie Kelley, the female Robin from The Dark Knight Returns graphic novel that Batman v. Superman is based on. But now a new rumor is saying that she could be playing Barbara Gordon, daughter of Police Commissioner James Gordon. I think this makes more sense than Carrie Kelley. We have yet to see Barbara on the big screen, and to have her potentially become the Oracle would open up a lot of possibilities. 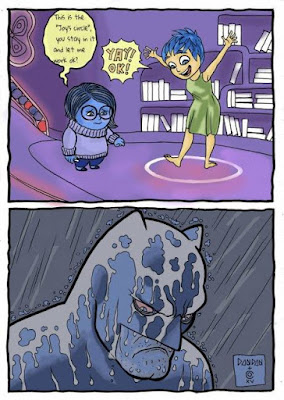 If Inside Out took place in Batman's head

Best and Worst movies of 2015 so far,
courtesy of Screen Junkies