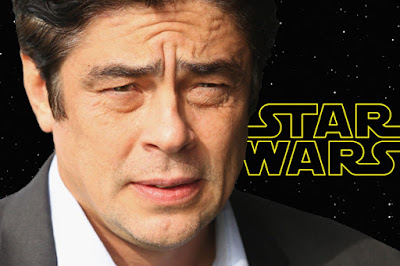 A rumor has been going around for a little while now that Benicio Del Toro will play the villain in 2017's Star Wars Episode VIII. Now, it seems these rumors have some validity to them. Del Toro commented on it himself, saying he is hopeful the deal will come together. Unless Disney and Del Toro can't reach a deal (which probably means money), it looks like he will be the movie's villain. Remember, Joaquin Phoenix was supposed to be Doctor Strange, but he and Marvel couldn't reach an agreement. So there is still a possibility that Del Toro won't end up in the film. But with these comments by him, it seems very likely that this deal will come to fruition. As to what kind of villain Del Toro will be, or even what the Star Wars universe will be like after the events of Star Wars Episode VII: The Force Awakens, that's all up for debate at this point. 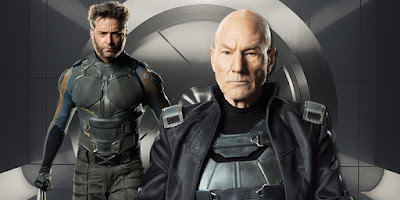 A while ago, Patrick Stewart mentioned that he may be in Hugh Jackman's last outing as the famous clawed mutant, in Wolverine 3. However, we have not heard anything since-- until now. Stewart is saying that he hears that the Professor X in Wolverine 3 will be a radically different Professor X than we've seen from Stewart before. Up until X-Men: Days of Future Past, we have always seen Charles as the calm-headed, good-natured voice of reason. But in Days of Future Past, we saw James McAvoy play a darker version of the character, one who has lost hope and faith. Perhaps we will see a resurgence of this character in Wolverine 3, as that is the most different I can see Stewart being from the regular Professor X he plays. Regardless of how he plays it, I am very excited to see Stewart in Wolverine 3, which will most likely be his last appearance as the character. 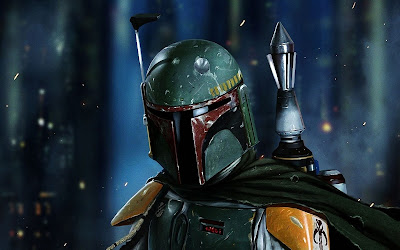 Back before Josh Trank's Fantastic Four was released, he announced that he was leaving the 2018 Star Wars Anthology film, to which he had been set to direct. He said that he left because he didn't want to direct another big film right after Fantastic Four, which makes sense once you've heard the tug-of-war he had with the studio. Then, it was announced that Phil Lord and Chris Miller are directing a Han Solo spin-off in 2018. The question then became whether Trank was supposed to do the Han Solo movie, or if it was a different film he walked away from. We now know that Trank's Anthology film was a Boba Fett spin-off, which has now been moved to 2020. I'm excited to see this movie. Sure, I have to wait five years, but Boba Fett is a really cool character, one of my favorites from the original trilogy, and I think he would make a great movie.

Honest Trailer for the Spider-Man trilogy,
courtesy of Screen Junkies

WatchMojo explores the origins of the Fantastic Four,
from their comic debut in the 1960's, to prepare you for
the new movie

Everything Wrong With Kingsman: The Secret Service,
courtesy of CinemaSins