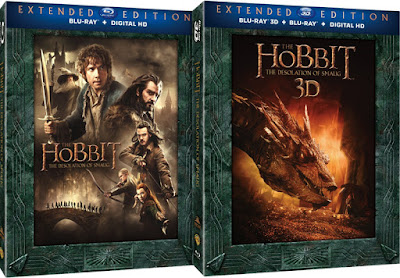 It has been confirmed that The Hobbit Trilogy extended editions will be making their theatrical debut later this year. The first two films, An Unexpected Journey and The Desolation of Smaug have had extended editions released on Blu-Ray for a few years now, and the final film, The Battle of the Five Armies has yet to be released. But now it seems all three extended editions will be coming to theaters in a three night series screening. I think this is a good idea, as I did overall like The Hobbit films. They had a lot of problems and weren't nearly as good as The Lord of the Rings, but they did have many good things going for them in the end. I'll be there to see them, and I'm very interested in seeing the extended edition for The Battle of the Five Armies, since I liked that movie least of the three.

It wasn't too long ago that Ben Affleck was confirmed to write and direct his stand alone Batman movie, which you can read about here. However, not it's been reported that Warner Bros. doesn't want just one film from Ben Affleck, they want a trilogy. It is also being reported that Affleck's next directorial effort, Live By Night, is being pushed back in order for the trilogy to be made. Ultimately, I like this idea. I think Affleck is going to kill it as Batman, and I want to see as much of him as Batman as we can see before he gets too old. He's already in his forties. Maybe they can film this trilogy back-to-back-to-back, so that we don't have to wait around three years each film, and see a sixty year old Batman by the third film. 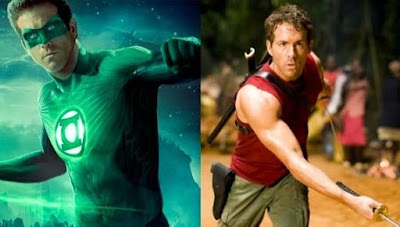 One of the best parts of the first trailer for Deadpool (which you can see here) was when they dropped that Green Lantern reference ("Don't make the suit green. Or animated"). With Ryan Reynolds being open about his DC superhero failure, it looked like we could see a lot of Green Lantern jokes in Deadpool, but now perhaps not. Director Tim Miller says that Reynolds has a lot to work out with Green Lantern, and they shot a lot of jokes about the film, but he's not sure if they'll make it into the final cut. I would like to see them, if they don't become overabundant and over saturate the movie. If it works, and it's funny, then I would love to see it. If not, then I'll check it out on the Blu-Ray special features. 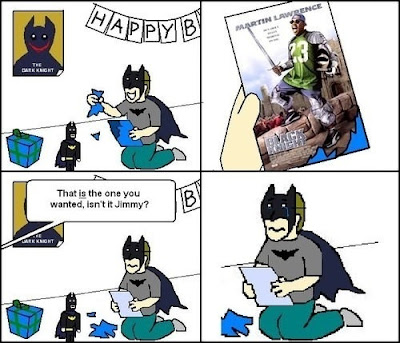