Alien: Paradise Lost- So What the Hell is Going on With Prometheus 2? 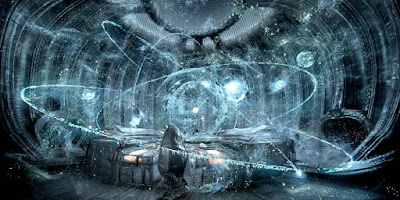 It was just the other day I reported on Ridley Scott's comments of how his new Prometheus film will not feature the Xenomorph aliens at all, and that it won't be until Prometheus 3 or 4 that the story finally connects back to his original Alien film. You can read the full article here. So leaving that, there was an assumption that Prometheus 2 would focus more on the story of the Engineers rather than the Xenomorphs. I was disappointed by this, but I accepted it and moved on. But now Scott is pulling the same marketing bait-and-switch that he did with the first film. With Prometheus, Scott kept switching back and forth between whether the film was a prequel to Alien or it's own, completely different thing. By the end of that movie, we saw that it was in fact related to the Alien universe, though not a direct prequel. And now Scott is doing the exact same f*cking thing!

In an interview yesterday, Scott confirmed the title for Prometheus 2, and "Prometheus" isn't even in the name. 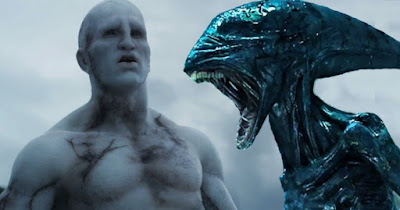 If Prometheus 2 has nothing to do with Alien then why in God's name is it called Alien: Paradise Lost? Why? I am actually angry right now, because I am tired of Scott's wishy-washy attitude about this franchise. Is this an Alien movie or isn't it? If this has nothing to do with Alien and it is simply a sequel to Prometheus, then having the word "Alien" in the title is misleading and confusing to audiences. People will go into this film expecting an Alien movie, and if they don't get that then people will be upset.

Now there's another way to look at this. When Prometheus came out in 2012, people didn't know it was relate to Alien (and I wonder why?). Maybe the studio learned its mistake and decided to put "Alien" in the title in order to attract a larger audience. In which case, this movie needs to be directly related to Alien, going back to what I was saying before. Scott needs to make up his mind. If this is not related to Alien and it is a straight sequel to Prometheus with no Xenomorphs, like Scott has stated before, then "Alien" should not be in the title. But if it ties in more to Alien and it has Xenomorphs and develops the mythology, then "Alien" can be in the title. Just don't throw it in for marketing and then have a completely different movie. 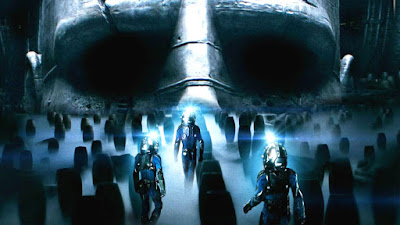 Adding to the confusion is what Scott said after announcing the title. He said:

"...we're going to why and how and when the beast was invented. We'll go back in to the back door of the very first Alien (movie) I did 30 years ago."

I know I'm going off on a rant, but just two days ago, Mr. Scott, you said that Prometheus wouldn't tie into Alien until the third or fourth film. And now you're saying the sequel will go back to how the Xenomorphs was invented and that it will tie into the Alien movie you did 30 years ago. I am really tired of you going back and forth on this. Can you please just pick a story and stick with it? People were angry with you when you did this with the first film. So don't pull the same f*cking sh*t again. It's not going to end well for anyone.

Look, I'm sorry for the rant. I'm just really frustrated with all these mixed messages. If you have any idea what's going on, please leave your thoughts in the comments section below.