Bradley Cooper is one of the most talented actors working today. He has fantastic charisma, but also brings a level of prestige and talent to his roles. He knocks it out of the park with pretty much every role he takes, and he has had such a wide variety in parts. From dramatic biopics like American Sniper to voice over work like Guardians of the Galaxy, Cooper never ceases to be front and center in Hollywood's eye. His next film, Burnt, has the thespian playing a devout chef, who is committed to making the best restaurant in the world. To him, he's not about serving meals to guests but rather about creating art. And Cooper doesn't care who he screws over to achieve his goal.

The second trailer for Burnt has been released, and I really enjoyed it. In the first trailer, I was confused why people would want to kill Cooper for opening a restaurant, but this trailer explained it a bit better-- it's not necessarily that Cooper is opening the restaurant, but it's what Cooper has done to these people in the past. We got a better look at the character Cooper will be playing, and how people perceive and look at him. Some see him as an ignorant asshole. Others as someone to respect. But we also get a much better look at Sienna Miller's character, and how she plays into this story. I'm not sure if this movie will have a presence at the Academy Awards or not, but I think this film will definitely get people talking and will, at the very least, be an enjoyable and good movie. 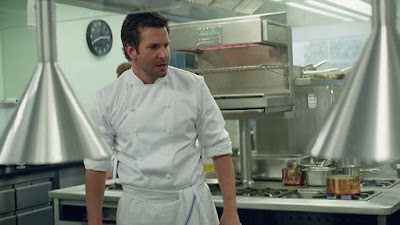 What do you think? Did you like the trailer for Burnt? Are you looking forward to the film? Leave your thoughts in the comments section below.