Ridley Scott Has Plans for a Prometheus 3 and 4 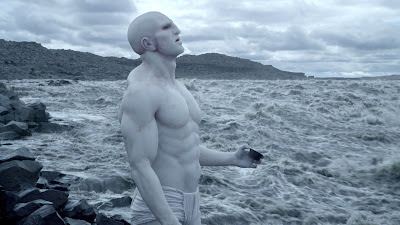 Prometheus is a real divisive film among science fiction films. Some really enjoyed it, others hated it and some, like me, thought it was decent. Visually, the movie is spectacular and is an excellent looking film. Ridley Scott introduced a lot of interesting story lines that tied well back to his original Alien film, which is a sci fi masterpiece. I thought everything Scott did with the Engineers was fantastic, and Prometheus proposed a lot of cool ideas. However, many of the plot points were muddled, and things just got confusing. Scott kept changing his mind with the marketing of the film. At times he said it was a direct prequel to Alien, while other times he said it wasn't even related. By the end of Prometheus, it's pretty clear that this is the same universe.

Now, District 9 director Neill Blomkamp is working on an Alien 5 film, at the same time Scott is working on Prometheus 2.  But with the franchise working both backwards and forwards at the same time, it's become confusing how everything fits together. Scott has been persistent that Prometheus 2 will be its own thing, and won't even have the Xenomorph aliens in it. But of course, that is what he said about the original Prometheus, and look how that turned out. 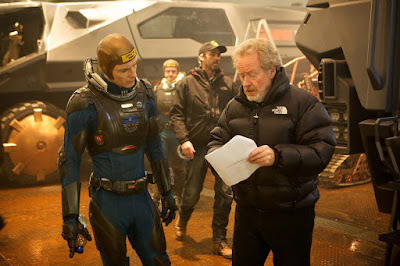 While promoting his new film, The Martian, Scott was asked about whether Prometheus 2 would tie into Alien, like so many fans hoped the first one would do, and were ultimately disappointed. When asked this question, Scott responded:


"Yes, but it will not be the next one. It will be in the one after this one or maybe even a fourth film before we get back into the Alien franchise."

Scott then went on to explain the point of these Prometheus films in leading up to Alien, saying:

"The whole point is to explain the Alien franchise and how and why the creation of the aliens. I always thought of the Alien as kind of a piece of bacterial warfare. I always thought the original ship, which I call the Croissant, was a battleship, holding these biomechanoid creatures that were all about destruction." 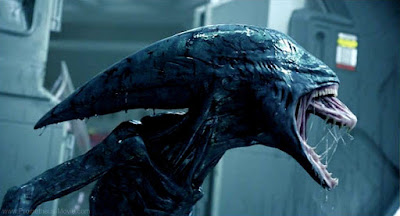 I think Ridley Scott is hopping on the James Cameron Avatar bandwagon a bit. I liked Prometheus, but if the film had been a direct prequel setting up Alien, it would have been much better. I don't think we need four movies before we go back to the original film. It seems bloated and unnecessary. Maybe my opinion on that will change if Prometheus 2 is spectacular and I really want to see more of this universe. But right now, I'm looking forward more to Alien 5 than Prometheus 2. I would rather see a continuation of the story (hopefully) with Sigourney Weaver rather than going back into the past. Prometheus 2 may be incredible, in which case I'll be very excited to see a third and fourth movie. But as it stands right now, I think it is unnecessary.

I do, however, really like Scott's thoughts on the purpose of the Xenomorphs. The idea that they were bred by the Engineers as bioweapons is fantastic, and this is something I want explored. The problem is, Scott is saying Prometheus 2 has nothing to do with Xenomorphs. I don't want to see just Engineers-- I want to see Engineers with Xenomorphs. So while his idea is great and I really want to see it, it looks like we're not going to be getting it. 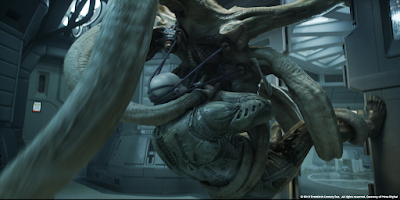 What do you think? Do you want to see a Prometheus 3 and 4? Do you like Scott's ideas of the Xenomorph's purpose? Did you like the original Prometheus, and are you looking forward to the sequel? Leave your thoughts in the comments section below.