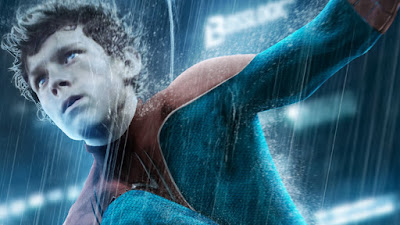 Fans rejoiced when the news came several months back that Sony and Marvel had made a deal over the Spider-Man character. Previously, Sony had solely produced all five films about the Webslinger, including his latest outing The Amazing Spider-Man 2, which failed (critically). Sony then made an unprecedented deal with Marvel, which allowed the studios to share the character. Marvel could use the character in their Marvel Cinematic Universe films, and Kevin Feige would produce Sony's future Spider-Man films, with them being able to use established MCU characters in the stand-alones. With this deal, future Amazing Spider-Man films, including a Venom and Sinister Six spin-off, were officially scrapped.

The new Spider-Man, being played by Tom Holland, will first appear in next year's Captain America: Civil War before starring in his own stand-alone film in 2017, to be directed by Jon Watts. Feige previously said that this new film will not be an origin story, but will focus on Peter Parker as a high schooler. In a recent interview with Empire, Watts revealed how old this new Spider-Man will be, saying:


"There are only so many times you can kill Uncle Ben. I love the idea of making a coming-of-age high school movie. We're really going to see Peter Parker in high school and get deeper into that side of it. He's just 15 now."

While I am thrilled that they are bringing the character back to high school, where he belongs, I think he is too young. I get it that this is the beginning of his story and yes, the Ultimate Spider-Man comics had Peter Parker at age 15, but I always thought he was too young in those. It may sound trivial, but making him 16 or 17 makes all the difference. Plus, Feige said that Parker will have been Spider-Man already for a couple years, so if he's 15 now then we're looking at a 12 or 13 year old Spider-Man previously. That is way too young. Now maybe he'll be 15 in Civil War and by the time his stand-alone film comes, the character will be 16. That I can get on board for, because we'll see him at a better age once we truly get Spider-Man. 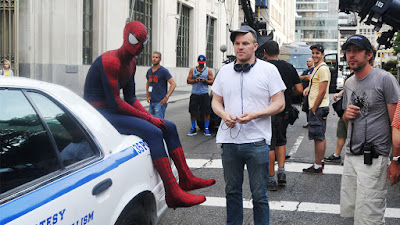 Marc Webb, director of the previous two Amazing Spider-Man films, also recently spoke about Spider-Man's being the Marvel Cinematic Universe, and reflected a bit on his films, saying:


"No, I'm very excited for all the folks at Marvel and what they're going to do with that character. I think he belongs in that universe and there's a real excitement to see what they come up with. Maybe we'll all be on a panel someday, Sam (Raimi), me and whoever directs it (Jon Watts)."

Something I have noticed with both Webb and Andrew Garfield, the previous Spider-Man, is that they aren't (publicly, at least) harboring anger or hate over their films being cut short. Both the actor and director have said that they were disappointed with The Amazing Spider-Man 2, and that they didn't accomplish what they wanted to. This was due to a large amount of studio interference, muddling the film and resulting in a piece of trash of a movie. They are both fully endorsing this reboot and are genuinely excited for these new films. And in a way, I do agree with Webb's comment. Spider-Man has always worked in the comics in that he is a stark (no pun intended) contrast to the Avengers or the Fantastic Four. While other heroes were publicly celebrated and renowned, Spider-Man was viewed as a menace. That element of the Spider-Man comics has never been able to fully translate to the big screen, because there haven't been any heroes to compare him to. Webb is definitely right that Spider-Man belongs in this universe, because it opens up so many new doors. 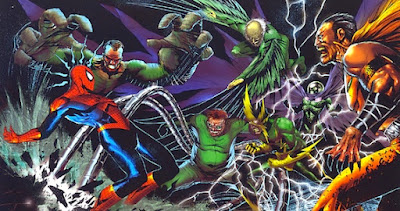 I had mentioned before that one of the spin-off films in production was a Sinister Six film, which was largely set up in The Amazing Spider-Man 2. Cabin in the Woods director Drew Goddard was developing the film for over a year, writing it with plans to direct. He even left the production of the Netflix Daredevil show in order to work on this film. But now that Spider-Man is being rebooted in the Marvel Cinematic Universe, Goddard's Sinister Six plans have been scrapped. Goddard recently talked in an interview about what his film would have been like, and that we may actually see it come to fruition, saying:

"My vision of that movie was a summer annual. So you didn't have to worry about continuity. It was just, 'We take Peter, put him on an adventure, we put him back in his life.' I intentionally wanted a movie that didn't have to worry about mythology and continuity. It was important to me to make a movie that could stand on its own. So the good news is, you know, (laughs), it slots in very well to any plan anybody ever wants. We just need to let a couple years go by, I think."

I both agree and disagree with Goddard's statement. I really like the sounds of the film. It sounded before like Spider-Man wouldn't even have been in this film, but Goddard has now confirmed that it would very much be a Spider-Man movie. That makes me feel better, because I never saw how you could have a Sinister Six film without Spider-Man. So this makes more sense to me now. Goddard was pretty much just planning a stand-alone Spider-Man movie with the Sinister Six as the villains. But here's where things get tricky. Goddard is saying that he really wanted it to be its own, stand-alone movie free of continuity. With the Marvel, everything connects to the larger universe. There is no being free of continuity-- it all ties in and connects. So either Goddard would have to lose that mentality, or this movie won't be shown in the MCU, which won't happen for a long time. My theory is that a screenwriter may take certain ideas and elements of Goddard's script to make, say a Spider-Man 2 rather than a Sinister Six stand-alone. Nonetheless, I really want to see some of Goddard's Sinister Six ideas on the big screen. 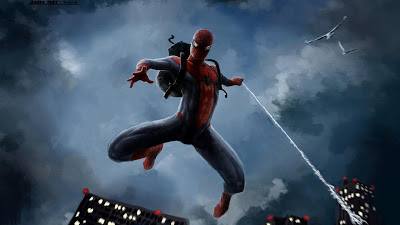 What do you think? Is 15 too young for Spider-Man? What do you think about Marc Webb's comments? Is Drew Goddar's Sinister Six ever going to come to the big screen? Leave your thoughts in the comments section below.