From all the buzz we've been hearing, it looks like Steve Jobs may be one of the top Oscar contenders of this year. Starring Michael Fassbender as the titular Apple genius, the film tells the story of three major events in the company's history that shaped the tech world into what it is today. I have been looking forward to this movie for a long time now. It has gone through so much production drama that I was surprised it was even made-- let alone be good enough to be one of the best pictures of the year. From what we've seen so far, this film will flesh out Jobs, showing us the darker side of this technology mongol. Everything is in place for this to be spectacular film, and now we have our second trailer.

I still prefer the first trailer over this one, but this is still a really good trailer. It reintroduces a lot of the story explained in the first trailer. It is very similar to the first one in many ways, in that it hits a lot of the same beats. But where it differs is that it delves in deeper than the first, showing more of Jobs' prowess. What this trailer accomplished most for me was that it showed the vast importance of what Jobs is developing. Jeff Daniels says "The two most important things of the Twentieth Century- the allies win the war, and this." This movie is going to be a profound look at the accomplishments of Steve Jobs, and his demons. The struggle he has with his daughter, his pride and his arrogance. His distancing himself from those who help and support him. But, in the end, this trailer mainly entertains, and that is what I am looking most from this film. 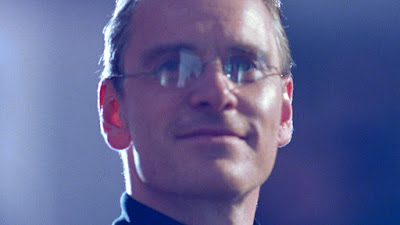