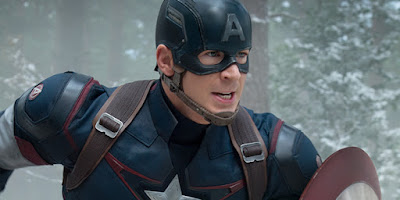 The star of next year's Captain America: Civil War, Chris Evans, was recently asked whether he would sign on to do more Marvel movies. Evans responded by saying that he was terrified to think about his contract ending, and that he would do as many movies as Marvel wanted him to do. While this is great to hear, it contradicts something Evans said before, which was that he was thinking of taking a break from acting in order to take up directing. But now he's saying he wants to do as many movies with Marvel as possible. So what does this mean? Is he not confident with his directing talent? Or is he just realizing that Marvel gives him a nice steady line of paychecks? Whatever the reason is, we should just be glad that we'll be seeing Evans as Cap for a while longer. Yesterday was a special day for Star Wars fans, which was titled Force Friday. It was the day where all the merchandise (toys, posters, shirts, keychains, etc.) for Star Wars Episode VII: The Force Awakens was released. Fans and nerds alike went crazy, going on shopping frenzies. I'll admit I went out and looked at some of the stuff. Other than a few shirts I didn't feel the need to empty my pockets buying merchandise. But this was a special and important day for fans. It gave us some clues about the upcoming movie, with some toys featuring the voices of such characters as Kylo Ren (Adam Driver) and Finn (John Boyega). But more so than that, it was just a great day to be a Star Wars fan. 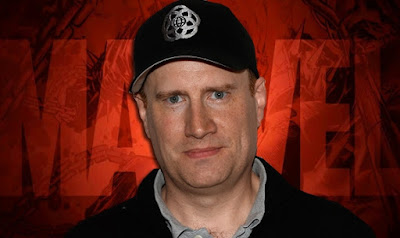 This week it was announced that Marvel Studios president Kevin Feige will no longer be reporting to Marvel CEO Isaac "Ike" Perlmutter but instead to Disney studio boss Alan Horn. While this may not seem very interesting, it is actually very important. Perlmutter had a lot of restrictions on Feige, forcing him to keep costs down, and turned down and compromised on a lot of his ideas. But now that Feige is bypassing him altogether and going straight to Horn, this will give Feige a lot more creative freedom to do as he pleases. But whether that will ultimately be a good or a bad thing is yet to be seen. It's also interesting because the Marvel Television head still has to report to Perlmutter, which further separates the "connected" universe of the movies and TV shows.

How Inside Out should have ended,
courtesy of HISHE

Everything Wrong with The Sixth Sense,
courtesy of CinemaSins