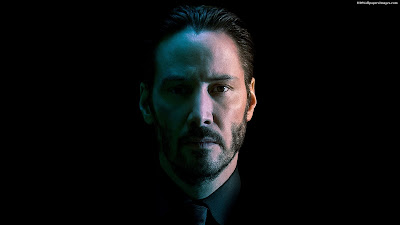 Last year's John Wick was a surprise hit. A lot of people walked out of that movie raving about how brilliant the action was, especially due to the direction of first time directors Chad Stahelski and David Leitch, who were previously stuntmen before helming the action flick. The choreography of the film was incredible, and it was mainly due to the prior background of these two new directors. So with John Wick 2 officially announced, it was expected that they would both be returning to the directors' chairs. Well it looks like on Stahleski will be directing John Wick 2, while Leitch will be serving as a producer. This does raise some questions, such as whether or not the pair was getting along in pre-production to the sequel, or if Leitch just didn't want the responsibility of being a director. Whatever the reason may be, I am very much looking forward to seeing this film. 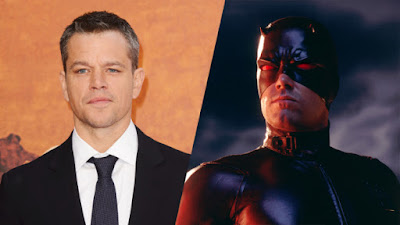 In a recent interview for his new film The Martian, actor Matt Damon stated that he had turned down the role of the titular man without fear in 2003's Daredevil, which went to the actor's long-time friend Ben Affleck. Though both Damon and Affleck grew up reading Daredevil comics and loved the character, Damon said he couldn't take the role because he knew nothing about the director Mark Steven Johnson, and comic book movies weren't a proven success yet. So Damon said he had to turn down the role, which Affleck took it in an instant. I know a lot of people hated the Daredevil movie, but I actually liked it. I thought it had a lot of good elements in it, though it was far from a perfect film. But Damon in the lead role definitely would have been interesting, and I wonder what result it would have had on his career, for better or worse. 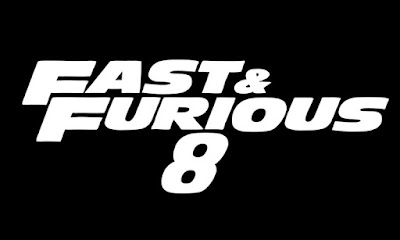 This year's Furious 7 proved to be not just one of the most profitable films of the year, but also of all time. It current sits as the fifth highest grossing movie of all time. So naturally Universal would put the petal to the metal (no pun intended) for an eighth film. Vin Diesel already confirmed that this movie would be happening, and that it would be taking place in New York. But the film is having a hard time finding a director. Apparently Furious 7's James Wan struggled a lot on set, not getting along well with Diesel and having a hard time putting the movie together after Paul Walker's tragic death. It seems after that, Wan doesn't want to work on the film and neither does anyone else. They still have some time to find a director, but I don't think this will stop the movie from happening at all. Furious 7 made $1.5 billion dollars, for God's sake. We will be getting an eighth film.

Honest Trailer for The Happening, courtesy
of Screen Junkies

If Up Was a Horror Movie, courtesy
of CinemaSins