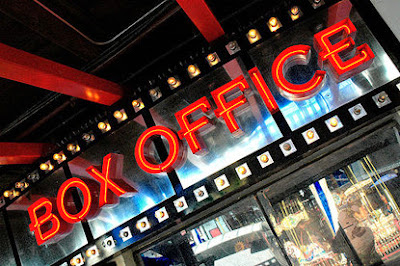 This weekend Hotel Transylvania 2, The Intern and The Green Inferno opened in theaters. Let's take a look at this past weekend's box office. 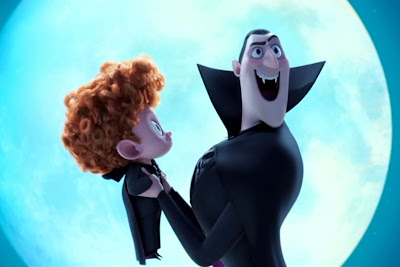 On its opening weekend, Hotel Transylvania 2 came in first place. The animated film set a September record with a massive opening. And I'm really not surprised. Transylvania had a similar opening with its original film, and has made even more with the sequel. Animated kids films do very well for themselves at the box office. Plus, we haven't had a kids film out in a while, and parents aren't going to be taking their kids to see Black Mass. I think this movie will continue to do well at the box office, and will probably be in the top 5 for the next few weeks. 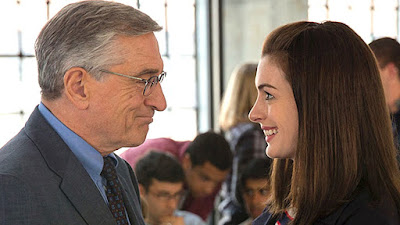 On its opening weekend, The Intern came in second place. I didn't expect the movie to be this high on the list, but the more I think of it, the less surprised I am. Nancy Meyers has a devoted following, and the film had A-list talent in Robert De Niro and Anne Hathaway. I didn't hear much of a buzz about this movie, but it seems like a film that would attract an audience. A feel-good comedy can get a lot of attention, and it seems like The Intern succeeded at that. The bigger question is how it will fare in the coming weeks as more and more films open up.

In its second week, Maze Runner: The Scorch Trials came in third place. The young adult adaptation was the top of the box office last week and has now dropped down to third. I am surprised that The Intern beat it out, but that may be because the poor reviews are catching up with The Scorch Trials. It doesn't seem like this franchise has the same following or weight that The Hunger Games or Harry Potter does. But it is still doing fairly well for itself. It has made over $170 million worldwide so far, and I'm sure it will finish at around $300 million. The first one finished at $340, so I'm sure that The Scorch Trials will finish right under that.

In its second week, Everest came in fourth place. Last week, in limited release, the film made it into the top 5. And now, with Everest expanding into wide release, it has overtaken Black Mass. A lot of people are wanting to see this movie. It is also making a significant amount of money because of the 3D and IMAX ticket sales, which are a necessity for seeing this film. This is a remarkable true story, and many are wanting to see it. I wouldn't be surprised if it continued to be profitable throughout the next few weeks and it expands into more and more theaters. You can read our review here.

In its second week, Black Mass came in fifth place. This film dropped significantly, from being one of the top films of last week to rounding out the top 5. I know a lot of people were interested in seeing the movie when it initially came out, but maybe that interest is dwindling in these subsequent weeks. Right now, Black Mass has made $43 million on a $53 million dollar budget, so it still has quite a mountain to climb. But hopefully it will end up doing well for itself, because this is a good movie that deserves success. You can read our review here.

And it should be noted that The Green Inferno came in 9th place making $3.5 million dollars.

Next week, The Martian opens, Scicaro goes into wide release and The Walk opens in limited release. Here's my prediction of the top 5: #1 The Martian, #2 Hotel Transylvania 2, #3 Scicaro #4 The Intern #5 The Walk.