This weekend, Paranormal Activity: The Ghost Dimension, Rock the Kasbah, The Last Witchhunter and Jem and the Holograms all opened in theaters, while Steve Jobs went into wide-release. Let's take a look at this past weekend's box office.

In its second week, Goosebumps came in second place. The kids horror film dropped down to second place this week, being taken over by The Martian in its fourth week. The race between the two was close, varying by only $400,000. It's a real testament to how lackluster this weekend was, that a movie in its fourth week overtook a movie in its second week. People just did not go to the movies this weekend, and it's actually kind of sad. Goosebumps has so far made $52 million, on a $58 million dollar budget. It still has a way to go in order to break even, but I think it has the potential to do so. We'll have to wait and see.

In its second week, Bridge of Spies came in third place. The Steven Speilberg Cold War thriller hasn't been doing spectacular at the box office, having only made $39 million worldwide as of yet. On a $40 million dollar budget, it still has quite a hike. It's surprising, because you would think that names like Speilberg and Tom Hanks would attract a larger audience. I didn't see much marketing for this film, so I don't think many people even knew it was coming out. It's unfortunate, because I have heard good things about this film. It has a 92% on Rotten Tomatoes. But, people just didn't know it was coming out. 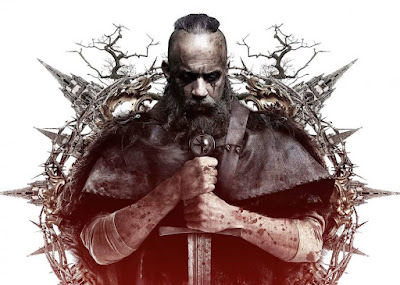 In its opening weekend, The Last Witch Hunter came in fourth place. Vin Diesel's latest film had hopes for starting a new franchise, but that doesn't seem very likely. Worldwide it made $24.2 million, on a $70 million dollar budget. That's not much grounds for a brand-new franchise. Maybe it will be able to break even and even earn some money for the studio, but that doesn't necessarily constitute a sequel. I was never really interested in the premise of this movie, despite Diesel being involved. Maybe the film will make enough to break even, and then Diesel can be the star of another giant blockbuster franchise.

In its fifth week, Hotel Transylvania 2 came in fifth place. The animated kids film has been resilient at the box office these past five weeks. It has made $315 million worldwide, which is nearing the original's intake of $358 million. I have been saying that I don't think it will make as much as the first film, which I still stand by, but it is growing closer and closer to it. It's remarkable of how consistently well Transylvania has been doing at the box office. Week after week it continues to stay in the top 5. This is really the only positive surprise of the weekend.

In addition, Paranormal Activity: The Ghost Dimension came in sixth with $8.2 million, Steve Jobs came in seventh with $7.3 million, Rock the Kasbah came in thirteenth with $1.5 million and Jem and the Holograms came in fifteenth with $1.3 million.

This has to be one of the worst weekends at the box office I have ever seen. Jem and Kasbah have become two of the worst openings for wide release films, joining We Are Your Friends from earlier this year. It's ridiculous how poor the new releases did this weekend. Out of all of them, I am most surprised about Steve Jobs. It was doing fantastic in limited release, but that interest didn't translate when it went into wide release.