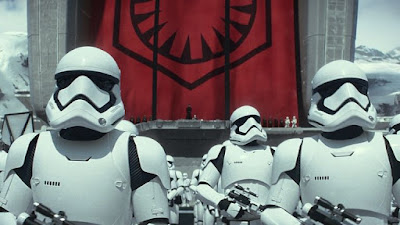 Last Tuesday, the last trailer for Star Wars Episode VII: The Force Awakens was released ( which you can see here), alongside the beginning of pre-sale tickets being available. Not only was the trailer fantastic (you can read our analysis/breakdown of the trailer here), but the pre-sales broke records. The Force Awakens made $6.2 million from IMAX tickets alone. The highest pre-sale record before was a three-way tie between The Dark Knight Rises, The Avengers and The Hunger Games: Catching Fire with $1 million. That means The Force Awakens beat the record by six times for IMAX screenings. Fandango and AMC were also reporting that their records was beaten by eight and ten times. These numbers are astounding. But what exactly does it mean?

Earlier this month, I wrote an article asking just how much The Force Awakens will make in total. You can read that article here. I said that I thought it had a chance of beating Avatar's $2.8 billion dollar record, but it would be a hard feat to do. But now things have changed. These pre-sale numbers give us a true indication of how excited people are for this film. Keep in mind, it didn't just beat the previous record-- it demolished it by eight or ten times. 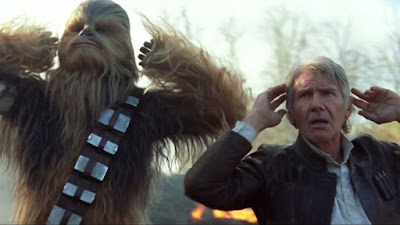 I think this film is going to be much bigger than anyone could have thought. People have been predicting modest opening weekend numbers, because of it opening in December, but I think these pre-sale numbers show everyone is way off in their predictions. Will it beat Jurassic World's opening weekend numbers? I don't think so, but it has a shot. My guess is that it will be over $200 million domestically for opening weekend. These pre-sale numbers show that so many people are wanting to see this film, and it's going to not just dominate its opening weekend, but people are going to go back to see this movie two, three, four, five times. At this point, I don't know if we even have a clear idea of how earth-shattering this movie is going to be.

So with these numbers, is it more or less likely to beat Avatar's record? I'm leaning on more likely. I think this film has, without a doubt, a chance to beat the record. It's not outlandish-- it's not like I'm saying Jem and the Hologram's will beat Avatar. This is Star Wars we're talking about. And the fact that so many people pre-ordered tickets, and this record wasn't just doubled or tripled but beat by eight, nine and ten times, shows that so many people are excited to see this movie. I think it will definitely break $2 billion. But the question is whether it can break $2.8 billion, and that's harder to do. We'll have to wait and see how this whole thing plays out. 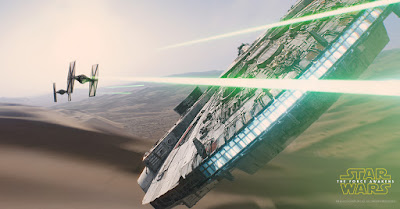 What do you think? Are you surprised Star Wars Episode VII: The Force Awakens did so well with pre-sale tickets? Can it beat Avatar's record? Are you looking forward to the film? Of course you are. Leave your thoughts in the comments section below.