Star Wars Episode VII: The Force Awakens aside, Batman v. Superman: Dawn of Justice has to be the most anticipated film for nerds. It will be the first time the two most iconic superheroes ever share the silver screen, and is a major milestone in DC's planned cinematic universe. It will also serve as an introduction to many major characters, such as Wonder Woman (Gal Gadot), Aquaman (Jason Momoa), Cyborg (Ray Fisher) and the Flash (Ezra Miller). A lot rides on this film not just succeeding at the box office (which no one doubts it will), but it actually being a good film as well. The past two trailers have really won fans over, and now a third one is on its way.

To coincide with the midseason finale of Gotham, Warner Bros. released a sneak preview announcing the release of a third, full length trailer that will air on Jimmy Kimmel Live on Wednesday, December 2nd. First of all, the teaser is awesome. It gives us a glance at one of the scenes from the previous trailer that had many fans scratching their heads. It gives us a quick look to make us ask even more questions, and reveals practically nothing about the film or story. What could have happened to make Superman so angry with Batman, Plus, it looks like Batman is genuinely terrified of the Man of Steel. What the hell happened before this scene? I do have to wonder if they are putting out a third trailer too soon. The movie is still four months away, and I think that they would save the third trailer to be the final one, putting it out in February or so. But maybe they plan to do a fourth trailer, though I think that would be too much. So far, the marketing has been fantastic, so I trust that they know what they are doing. 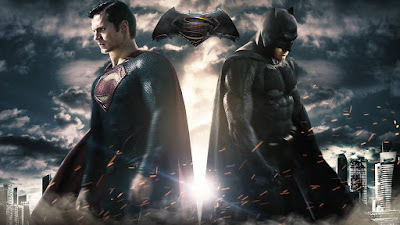 What do you think? Did you like the sneak preview? Are you looking forward to the full length trailer for Batman v. Superman: Dawn of Justice? Leave your thoughts in the comments section below.