I had the unfortunate experience of seeing Snow White and the Huntsman in theaters. It cemented for me really how poor of an actress Kristen Stewart is. But she wasn't the only problem with that film. The writing was really bad, and the CGI wasn't the best either. The best part of that movie, however, was Chris Hemsworth as the Huntsman. He at least added some life and energy to the dullness of the film. But when I heard they were doing a spin-off of the Huntsman character, a prequel, I wasn't all for it. Sure Hemsworth was the best part of Snow White, but I didn't want any kind of continuation of that franchise whatsoever. However, with the casting of Emily Blunt, Jessica Chastain and the return of Charlize Theorn, my interest in the project grew. So when a trailer for The Huntsman: Winter's War (which is a stupid title) was released online, I checked it out. And I'm glad I did.

Surprisingly, I really liked this trailer. It gave us the character from Snow White that we were all really more interesting in. Hemsworth is a far superior actor than Kristen Stewart, but he's not alone. The presence of Blunt, Chastain and Theorn all enhance this trailer. The action looks intense, brutal and fun to watch. However, the trailer did bank on Hemsworth's Thor shots too much with the axes, but I'm sure we'll see a different kind of fighting style out of the actor in the actual film. Chastain looks fantastic as a badass warrior, and a far more worthy partner to the Huntsman than Stewart's Snow White. I hated the song, however, as it felt completely out of place. But other than those criticisms, I rather liked the trailer and I'll be interested in seeing more from this film. 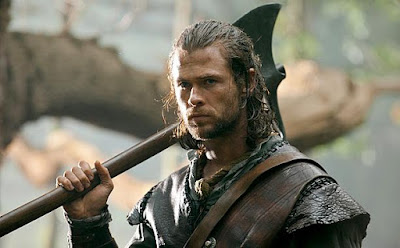 What do you think? Did you like the trailer for The Huntsman: Winter's War? Are you looking forward to the film? Leave your thoughts in the comments section below.