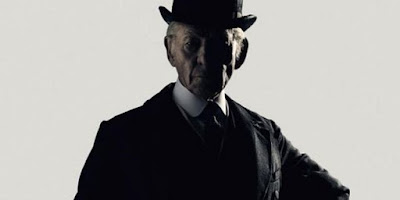 As we near closer and closer to the end of 2015, more films from earlier in the year are becoming available to watch on streaming services. Thus, I am able to catch up on movies I had missed from earlier this year. So in this reflection series, I will be giving spoiler-free reviews to films I am catching up on, as we near the end of this great year for film. So, let's jump right into this review for Mr. Holmes.

Mr. Holmes focuses on an elderly Sherlock Holmes (Ian McKellen), who suffers from alzheimer's disease. As he "enjoys" retirement, he struggles to solve his final case, the one that he screwed up so bad that he went into self-imposed exile. The film focuses on the 90 year old Holmes, as he tries to remember what happened in order to solve the one case he could never figure out. 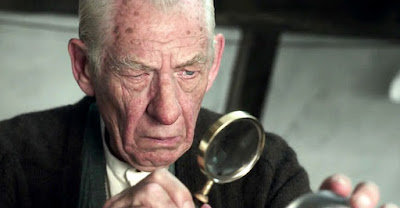 This is truly a fantastic film. Ian McKellen brings a powerhouse performance that carries the film. It's interesting not to see him in a cloak or cape for once, and he reminds us why he is such a great actor. For a character suffering from a mental disease, when his mind is (was) his strongest suite, McKellen manages to still bring lightheartedness and levity to the role. But that doesn't mean this film is void of sadness. It's a very sad movie, but it uses its sadness strategically as to not overwhelm the audience. McKellen is reserved in his role, but let's loose a fury of emotions by the end that just gives more power to him.

The screenplay is also fantastic, written by Jeffery Hatcher. It excellently balances the two time periods: the older Mr. Holmes and the younger Mr. Holmes. I also give a lot of credit to the editing, which kept the fluidity of the movie while telling the story between two different times. The direction by Bill Condon is also really great. It's heard to mention that this is the same guy who directed the last two Twilight films. These elements, mixed with McKellen's powerful performance, all worked in creating a beautiful and really great film. 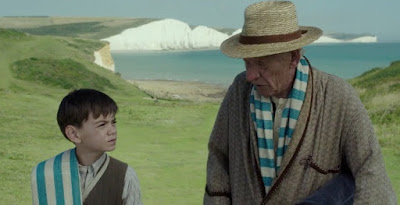 Overall, Mr. Holmes is a really good movie. It was a great story that splits between two different time periods, which is executed perfectly by the editing. Condon does a great job in directing McKellen in a masterful performance. The movie could have been tightened up a bit, and the final case Holmes spent the entire movie trying to solve could have more interesting. But in the end, this is a great movie that will unfortunately be overlooked by the Academy Awards. 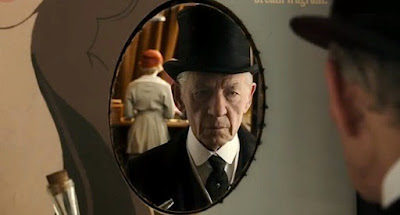 What do you think? Did you see Mr. Holmes? What did you think of the film? Leave your (spoiler-free) thoughts in the comments section below.