I actually only saw Zoolander for the first time a few months ago. I had heard great things about the film, but I had never gotten around to watching it. So I saw it, and I thought it was great! The humor was spot on, and it was just a very enjoyable film. So I was definitely excited by the prospect of a sequel. To see Ben Stiller, Owen Wilson and Will Ferrell all return for another outing would be exciting. The first teaser for Zoolander 2 came out a little while ago, and I thought it was good. It didn't blow me away, but I thought it was good. But I was waiting for our first real, full length trailer. And now, we have that official trailer.

I really liked this trailer. It was very reminiscent of the original film. It had the same style of humor: stupid, over-the-top and ridiculous. But that is exactly what is so great about the first film. I love the additions of Kristen Wiig and Benedict Cumberbatch. We haven't really seen Cumberbatch in a comedic role like this before, so this will be a very interesting look at his talents. Everything looks good about this movie. But we have to be cautious: we have seen many film sequels that aren't made until fifteen, twenty years later and the results are usually not very good. However, I have a feeling about Zoolander 2. I think this could end up being a very worthy sequel to its predecessor, and could also make the studio a lot of money. This has a lot of potential, and I hope to God it's good! 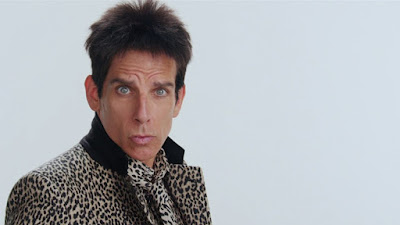 What do you think? Did you like the trailer for Zoolander 2? Are you looking forward to seeing the film? Leave your thoughts in the comments section below.