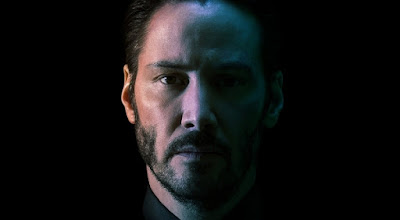 One of the more interesting films of last year was John Wick. It was a refreshing action movie, that saw the return of Keanu Reeves. It was just an awesome movie. Next year, the sequel will be released, and we know very little about it. We know that Common will play the villain, and the story will explore Wick's past, but other than that we know virtually nothing. The movie is currently filming now, so we should expect to hear more information once it wraps. But one element of the film was revealed on set.

Pictures from the set have leaked online, revealing Reeves' Matrix co-star Laurence Fisburne to have a role in the film. 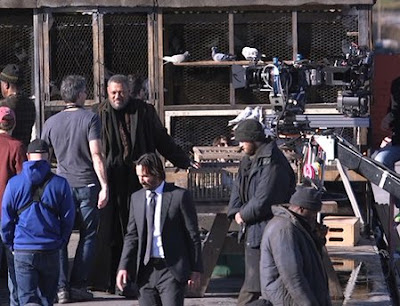 Anyone who reads this site knows that I love The Matrix. It is my favorite movie of all time. It's deep, complicated, philosophical with fantastic action. You can read all about my top five favorite moments from that film here. But as for Fishburne being in John Wick 2, I am very excited. He is a great actor, and we know he gets along well with Reeves already. He can be very intimidating, and hasn't been doing a lot lately. So this role will be good for him.

Now the question becomes how large of a role Fishburne will have. Is this merely a cameo, or does he have a legitimate, large role in the movie. If this is a cameo, I'll be disappointed. If Fishburne simply plays a henchman that John Wick takes down, I think it would be wasted. But if he plays an actual role, as a villain or an ally assassin, then I'll be happy. I don't want his involvement to simply be a nod to The Matrix: I want it to mean something for this film. So, if used right, I am very excited to see Fishburne in John Wick 2. 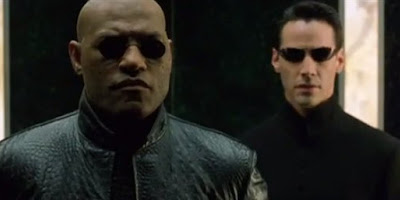 What do you think? Are you glad that Laurence Fishburne will be in John Wick 2? How big of a role do you think he will have? Leave your thoughts in the comments section below.

What do you think? Do you agree with my points on Star Wars Episode IV: A New Hope? How has this film impacted you? Leave your thoughts in the comments section below.