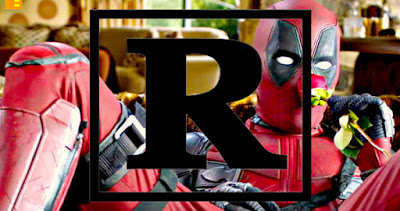 Remember back when fans were debating whether Deadpool would be rated PG-13 or R? That's going back to almost a year ago. Fans were lobbying for the movie to be rated R, but no one was sure if Fox would even listen. They have to make a profit, after all. Then, on the first day of April, we heard the saddening news: Deadpool would be PG-13. Then, boom! Slater is killed by the merc with the mouth. "F*ck you Slater. Of course Deadpool is rated R." It was one hell of a way to announce the rating. Since then, the marketing for this film has been absolutely perfect. The film now has a very strong following: not just hardcore nerds, but others who have never read the comic book. Fox has put themselves into the position to have a smash-hit on their hands.

Deadpool is my most anticipated film of this year, and it comes out in just under a month. And my excitement for the movie only increased when I heard the news that it was officially rated R. According to the MPAA, Deadpool is rated R for strong violence and language throughout, sexual content and graphic nudity. This is what every Deadpool fan wants to hear, because it shows that they are being very faithful to the edgy comic book. I think Deadpool has the potential to, in the same year that Batman v. Superman: Dawn of Justice and Captain America: Civil War open, be the best comic book movie of 2016. The stars have all aligned, and now I just can't wait to get my ass in the theater. 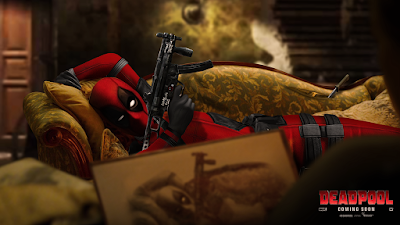 What do you think? Are you glad that Deadpool is rated R? Are you looking forward to seeing the film? Leave your thoughts in the comments section below.