In Preparation For: The X-Files: I Want to Believe

With the new X-Files series being brought to television, I thought I would review the two movies that made it to theaters. I watched seasons 1-5 before seeing The X-Files and I finished the series before The X-Files: I Want to Believe. So while many other viewers will have a different perspective of these films, I am coming at it from the point of view of a fan of the series, and knowing the background and history of these characters. I acknowledge this, and will bring it up several times in my review, as I probably liked these films better than a person who had never seen a single episode of the TV show.

This will be a spoiler-filled review for The X-Files: I Want to Believe, so if you haven’t seen the movie yet, don’t read this article. You can read our review for the first film, The X-Files, here. 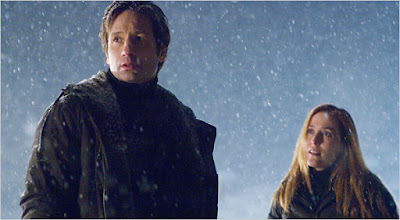 After being off the air for six years, Chris Carter brought back everyone's favorite paranormal show, directing this new feature himself. The film reunited David Duchovny and Gillian Anderson as Fox Mulder and Dana Scully, having left the X-Files and the FBI some time ago. They are brought back together as an agent is kidnapped, and a priest (Billy Connolly), helping with the FBI with the search, claims to be a psychic. This captures Mulder's attention, who wants to help with the case, while Scully is a bit more skeptical, and thinks there isn't any need for them to be involved in something that doesn't concern them at all.

This movie was a disappointment for me, but not as much as it would have been if I had watched it real time as a fan. The finale of the show left a lot open, and it didn't bother me because I knew there was a movie and a new show to fill in those gaps. But I Want to Believe did nothing to answer questions the film left open-ended. Instead, it chose a completely stand-alone story, that had nothing to do with the overarching alien mythology. This was a big mistake for the film. Everything it did with the relationship between Mulder and Scully was fantastic. It built them up perfectly and developed their characters. But the case they were solving was just not engaging, and that was because there were no stakes. 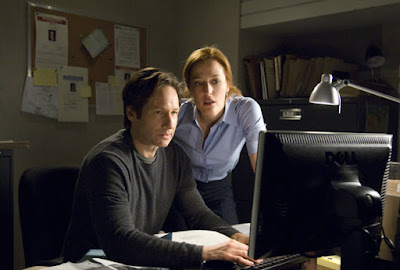 Carter proves himself to be a good director with this film. He does a great job getting good performances out of everyone, but that can be attributed to the fact that he had worked with these actors for close to a decade. But this movie was really missing something that screamed X-Files to me. It had the right character moments, but the story fell flat in making me feel like this was truly X-Files. Like I said earlier, I think it was a big mistake to make this a stand-alone story. I understand Carter was trying to pander to the larger audience, understanding that he had to attract people who hadn't necessarily seen the show. But for the progression of the story, this decision failed. There was nothing in the movie that connected to the characters on a personal level that would make this a worthy and captivating story. Scully tried a couple times to say to Mulder that the missing agent "could have been us. Could have been your daughter", but the movie never convinced me why this story had any real importance to be told as a feature film.

Overall, The X-Files: I Want to Believe reunites the team of the X-Files show, but fails to recapture the magic of it. The movie does a great job developing the relationship between Mulder and Scully, and has their chemistry nailed down perfectly through great performances and well-written dialogue. However, the episodic nature of the story fails to engage the audience, and doesn't connect with the characters on a personal level. It fails to show why this particular story needed to be a full-length film, instead of just an episode of television. The movie was a missed opportunity to tie up a lot of loose ends from the show, and instead gave us a generic, throw-away movie. 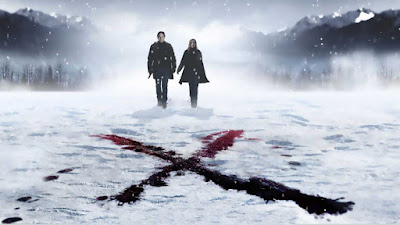 What do you think? Have you seen The X-Files: I Want to Believe? What did you think of the film? Are you excited for The X-Files' return to TV? Leave your thoughts in the comments section below.