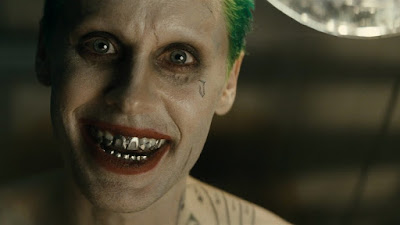 One of the more interesting comic book movie releases on this year is Suicide Squad. It's a hard PG-13 film that's focused on the villains, rather than the heroes. It's pretty much DC's answer to Marvel's Guardians of the Galaxy. But despite its peculiarity, a lot of people are interested in the film. The trailer released over the summer was really good, and turned a lot of people on to the project. And now, we're getting close to the release of another trailer, one that might give us more of the story, as well as Jared Leto's the Joker. But until we get that new trailer, whenever that may be, we'll just have to settle with a new picture of the cast. 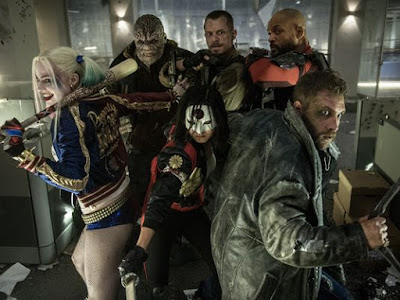 I am really liking the look of this film. It looks dark, gritty and just plain awesome. The characters themselves look great as well. Robbie is going to kill it as Harley Quinn. The look of Killer Croc is growing on me. Courtney looks like a crazed Tom Hardy, which is annoying me a bit, but I'm sure I'll get used to him as (heh) Captain Boomerang. And it's great to see Smith checking his ego a bit, and not forcing himself to be front and center. He is part of an ensemble, and it's nice to see him stepping back. Ayer has been selling this movie, and I for one am really buying into it. I am very excited to see how this movie turns out.

What do you think? Are you liking the look of Suicide Squad? Do you like the new image? Are you looking forward to the film? Leave your thoughts in the comments section below.