With all the comic book movies coming out in 2016, Suicide Squad has kind of flown under my radar. I liked the Comic Con trailer a lot, but the film was never one of my most anticipated of the year. After all, we have so many comic book movies to look forward to. You can read my whole editorial on that here. But I was excited when I saw there was a new trailer for Suicide Squad. It really is DC's answer to Marvel's Guardians of the Galaxy, and it has a fantastic cast. Director David Ayer did a great job with Fury, but he also did Sabotage the same year, and that was less than desirable to say the least. So I've had high hopes for the film, but it has kind of slipped past me. But now with a second trailer, my interest in the film has been rekindled.

This was an awesome trailer! Stylistically, it's brilliant. The editing matched with the song overlapped with the brutal and violent action was just excellent. It worked in really creating an atmosphere and tone that will hopefully be carried throughout the film. It's whimsical and crazy, not unlike many of the characters. Jared Leto and Margot Robbie continue to look excellent, along with Will Smith. Though he didn't speak many lines, Jai Courntey didn't look awful, so hopefully they found a way to make him work in the film. But every time I see his character, all I can think of is a crazed Tom Hardy. Oh well. Overall, I really liked this trailer. It far surpassed the original, and really got me engaged and interested in this film again. Now I really can't wait for this movie to be released this summer. 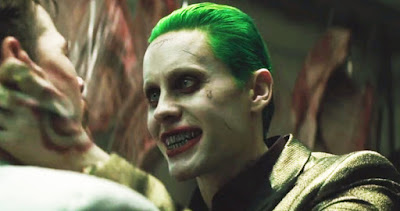 What do you think? Did you like the trailer for Suicide Squad? Are you looking forward to the film? Leave your thoughts in the comments section below.