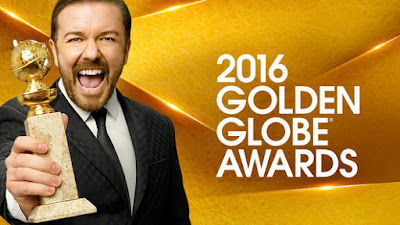 Last night, the 73rd Annual Golden Globes was held in California, where film and television was honored. Ricky Gervais hosted the event, leading to mixed impressions. The comedian is known for going after people, and really just not giving a f*ck about what he says or does. I personally found him really funny, and rather enjoyed his comedy even if it was brutal and harsh at times. The night had some really good presenters, and some awkward moments. But overall, we're taking a look at the winners. The Golden Globes themselves don't have much value, but the winnings of the night are usually a good indicator at where the big daddy of the awards season, The Academy Awards, may be headed.

BEST MOTION PICTURE, ANIMATED
Anomalisa
The Good Dinosaur
Inside Out
The Peanuts Movie
Shaun the Sheep

BEST ORIGINAL SONG
Love Me Like You Do, Fifty Shades of Grey
One Kind of Love, Love & Mercy
See You Again, Furious 7
Simple Song #3, Youth
Writing's on the Wall, Spectre 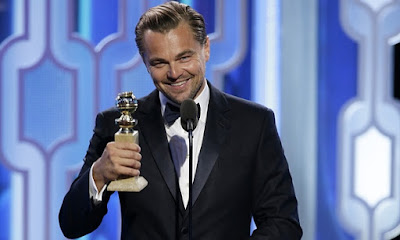 There are some big things to take away from this. The Golden Globes has accurately predicted the winners of the Best Actor category at the Academy Awards since 2010. So if Leonardo DiCaprio won for The Revenant, then his chances for finally winning an Oscar are greatly increased. I'm not going to entirely rule out Michael Fassbender for Steve Jobs, but Leo could finally take it this year! Iñárritu won this year and even though he didn't win the Golden Globe last year for Birdman, he did win at the Oscars. So could Iñárritu win back-to-back this year? Kate Winslet and Brie Larson's wins weren't surprises for me, but Sylvester Stallone's was. I was very happy for him, but I personally would have picked Idris Elba for Beasts of No Nation over Stallone. The only other upset for me was that I think Furious 7 should have won Best Original Song. The Spectre theme was good, but "See You Again" was better.

Overall, The Revenant won big this year, and could do repeat business at the Academy Awards. Who knows? We'll just have to wait and you. Read our review for last night's big winner, The Revenant, here.

What do you think? Do you agree with the wins? Did you like Ricky Gervais as the host? Do these wins predict what will happen with the Academy Awards? Could Leonardo DiCaprio finally win? Leave your thoughts in the comments section below.