The Problem With Diversity at the Oscars

As we approach this year's Academy Awards, a fair amount of controversy has come about. For the second year in a row, all twenty acting nominees were white, featuring not one person of ethnicity. Last year, the Best Picture nominees at least had Selma and The Grand Budapest Hotel, which were led by minority actors. But this year, not one of the Best Picture nominees has a lead that isn't white. The most upheld black film of the year, Straight Outta Compton, only got nominated for Best Screenplay, and its screenwriters are white. That is truly something else. But with this controversy, a lot of talk about racism and discrimination has come about. Usually, with this site, I don't get into politics. But this is an issue that deeply affects the film industry, and I feel it is something I need to touch upon.

In this editorial, I will be addressing the problem with diversity with the Academy Awards. And I think it is important that, as you read this editorial, you know that I myself am white. 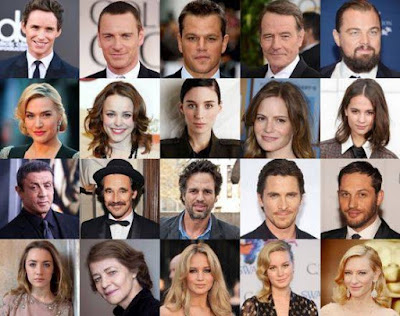 All twenty acting nominees for the 2016 Oscars

There is no argument that Hollywood has always favored white males as actors. Unless if the film is specifically a "black" film (such as about slavery or racism), you don't see a lot of African-Americans as leads. You don't see a lot of Asian-Americans or Latinos as leads. They can be supporting characters, but that top billing spot is specially reserved for a white person. And the same goes for women, not even of a different ethnicity. Women are paid a disgustingly less amount of money compared to men, and not because of the role. Simply because they are women. Hollywood is a place where white males thrive, but it's not so great for everyone else.

So now take the Academy Awards. Two years in a row there has not been a single ethnic acting nomination. That's forty white nominations. But here's the thing: I don't disagree with the nominations. I think the Academy chose right for this year. I had some qualms with certain things, which you can read all about here, but from the pool of films and performances this year, I don't think they chose wrong. Idris Elba from Beasts of No Nation could have found his way into the race, but even then I would probably put Jacob Tremblay from Room over him. So where do we focus our attention? We know there's a problem with diversity in Hollywood, but we can't argue with the talent of the all-white performances. It's not like we're purposely neglecting black performances. This year, there wasn't an ethnic performance that was worthy of a nomination. But that's not saying that minorities are poor actors or are incapable of succeeding in film; it's saying that they haven't been given the opportunities to succeed. 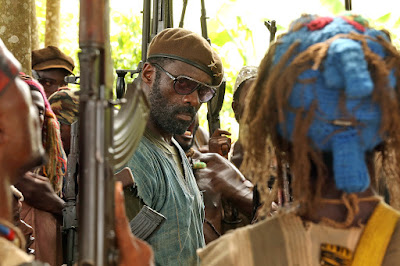 Idris Elba from Beasts of No Nation

What we need is for Hollywood to branch out in its casting. Don't just get black actors to play the slave in a period piece. Get them to play the lead in the latest natural disaster movie. Get a Latino actress to play the lead in a horror film. Get a Asian man to play the lead in a FBI thriller. The problem is that ethnic actors are only cast when race is the subject of the film. If audiences only equate minorities on screen with a film about slavery or a Civil Rights period piece and the rest of the time it's white people, then we are saying that minorities are only capable of performing if their race is the forefront of the movie. What Hollywood needs to do is cast more ethnic people in average roles, where race has nothing to do with the character or film. Why couldn't The Martian have starred a black actor?

Let's take a look at this year's Creed. Sure, Michael B. Jordan was playing the son of Apollo Creed, an already established black character, but there was nothing in that movie that made it a "black" movie. Take away the fact that the Rocky franchise had established the Creeds as black, and the character of Adonis Creed could have been anyone. Black, White, Hispanic, Latino, Asian. Nothing in that movie dictated that that character had to be a certain race, and a black actor was cast in the role. This is what Hollywood needs to do more of: give regular roles to more minorities so that the only time we see them as leads isn't when the film is entirely constructed on the issue of race. 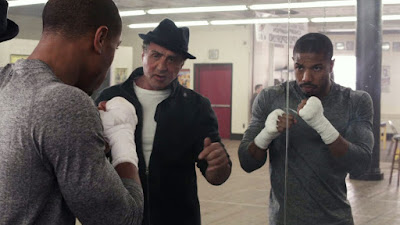 Michael B. Jordan and Sylvester Stallone in Creed

This isn't entirely Hollywood's fault, because there's plenty that the Academy can be doing too. And now, after this controversy has come to light, Academy President Cheryl Boone Isaacs (an African-American woman herself) has made drastic changes to improve diversity in the Academy itself. By 2020, she hopes to have doubled the number of minorities and women in the Academy. She has also implemented a policy that if you have not produced films for a certain amount of years, then you have lost your ability to vote for the Awards. What this does is it makes sure everyone who is voting is relevant, and is keeping in tune with the ebbs and flow of the industry. Right now, a majority of the Academy is white and male, with the average age being around 65. These new rules will make sure at a more diverse group of people are behind the nominations, making sure that films like Straight Outta Compton aren't overlooked as simply a "anti-police film about gangster rap.", when it is in fact so much more. 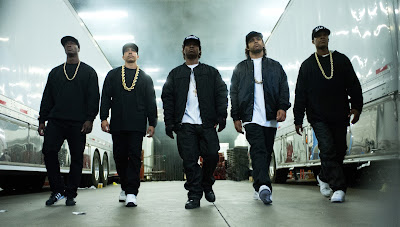 The cast of Straight Outta Compton

There are a couple other things that could be done specifically with the Best Picture nominees. Right now, there is an entire formula designed to determine the number of nominees, ranging from six to ten. This creates a different number of nominees year to year. I am happy the Academy expanded from five nominees, but I think they need to establish a set number of films. Whether that is eight or ten or another number, this ensures that there are a certain number of spots. If there were ten spots this year, a film like Creed or Straight Outta Compton could have made it. Perhaps the Best Picture nominees should be selected for the Academy, and then they are responsible for watching those films. Many Academy members complain that there are too many films to watch, and a film like Straight Outta Compton could have been overlooked in favor of a period piece or biopic. By having another committee establish the nominees, and then having the Academy be responsible for watching only those ten films, it is ensured that all members will see the movies and a more accurate vote can be cast.

In the end, this is not an overnight fix. This is going to take a lot of work on many different people's behalves. Hollywood has a lot of work to do, in giving average leading roles to minorities. They need to have minorities and women work more behind the camera, allowing for new and different stories and perspectives to be told. The Academy also has to work on the diversity of its members, as well as how it selects its nominees. But what really needs to happen is the people have to speak up. If we continue to let this happen, then nothing will change. Hollywood understands money, and if we show them that we want more minorities in lead roles and more women behind the camera, then they will do it. It's not like Hollywood or the Academy is being outwardly racist. It's a racist institution that is still in place and has a long way to go from unraveling. We, the audience, need to help tug the string. 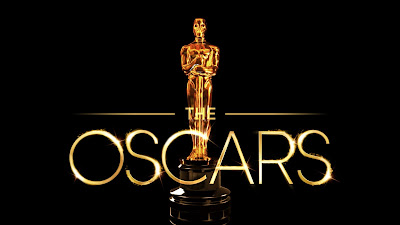 What do you think? Do you agree with my points on this issue? What are your propositions? How can Hollywood and the Academy work to fix this issue? What can we the audience do? Leave your thoughts in the comments section below.