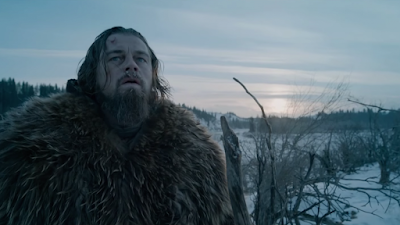 In 2014, Alejandro González Iñárritu won Best Director for Birdman, and rightfully so. He took that film to new places, with its long takes and tremendous acting. The film won Best Picture at the Academy Awards as well. So when we heard that this Iñárritu guy was doing another film in 2015, a revenge film starring Leonardo DiCaprio and Tom Hardy, everyone became excited. This seemed like prime Oscar material. Could Iñárritu win two years in a row? Could DiCaprio finally win his Academy Award? These were all questions I had going into The Revenant, my most anticipated 2015 after Star Wars Episode VII: The Force Awakens. I was so excited to see this film. And my excitement was well founded. The Revenant is a gorgeous but brutal movie that sees DiCaprio put himself through hell to finally win his Oscar.

The film follows Hugh Glass (DiCaprio), who is the navigational guide for a group of English men traversing the American wilderness in the early 1800's. Desperately fighting off Native Americans, John Fitzgerald (Hardy) is becoming increasingly frustrated with Glass, and almost celebrates the moment when Glass is mauled by a bear. When Fitzgerald is tasked with staying behind with Glass, who is on death's doorstep, he buries Glass alive and leaves. In order to exact revenge on the man who took everything from him, Glass crawls through the snow: bloodied, broken, but unwilling to give up. 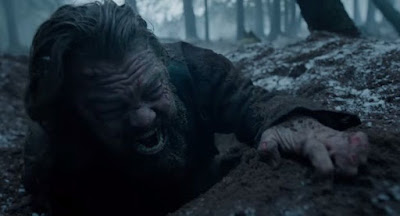 This is a gorgeous movie. Every single frame could be blown up as a poster you put in your room. The cinematography by Emmaunel Lubezki is absolutely incredible. Lubezki has won for cinematography the past two years, for Gravity and Birdman, and I have no doubts he will win again this year. With The Revenant, uses all natural light, which adds a profound layer of realness to the film, as well as grittiness. The long takes he and Iñárritu brought to Birdman are here as well, but are even more impressive. Birdman's long takes was simply the camera following actors walking and talking. Here, the long takes are entire elaborate war sequences. The opening battle sequence between the Englishmen and Native Americans is stunning to watch, as it is an uncut fifteen minute sequence. The fighting in this movie is bloody, brutal and gruesome. But it feels real. The scene where DiCaprio is mauled is horrific, but absolutely incredible to watch. The action in this film isn't meant to be enjoyable: you are simply meant to watch the horrible reality of these men's lives.

The performances in this movie are all incredible. Leonardo DiCaprio gives one his best performances, almost all through physical acting. He doesn't speak much in this movie, but his grunts and groans and cries say more than words ever would have. DiCaprio has a fantastic shot as winning his Oscar finally this year, but many people are giving Michael Fassbender the edge for Steve Jobs. Both were fantastic performances, but I really want DiCaprio to win it. Watching this movie, it seems like DiCaprio said to Iñárritu: "Okay, I don't care what I have to do. Just make me win an Oscar." And Iñárritu pulled through! DiCaprio, a vegetarian, had to eat real raw bison liver. That alone is deserving of an Academy Award. DiCaprio brings his A-game to this film, and gives it all he has. 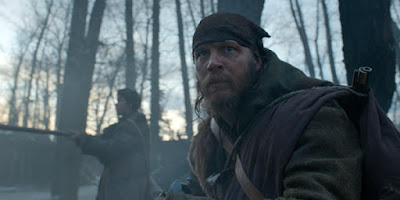 Tom Hardy is also incredible in this film, and deserving of a nomination for Best Supporting Actor. He is very much a bad man, but you can see where he is coming from. Why should they spend their time and resources caring for a man who is going to die soon anyways? And once Hardy makes certain decisions, it all begins to spiral out of control for him. He is a force to be reckoned with in The Revenant, and has the classic Tom Hardy intimidation factor. Again he acts with his eyes, as Hardy seems to do a lot. He plays off of DiCaprio excellently. Iñárritu really brought out the best in his actors, resulting in one hell of a film!

I did have some problems with the movie, though. Like Mad Max: Fury Road (another Tom Hardy movie), it had a very simple plot and this film could have used a little bit more structure. It also became redundant at points. We saw many shots of DiCaprio crawling through the snow, and while it was all beautiful to watch, it became redundant. This movie didn't need to be 2 hours and 36 minutes. They could have shaved off fifteen or so minutes and it would have been a leaner film. Also, it's not made overly clear until later in the film that DiCaprio is surviving solely for revenge. We see his journey through the wilderness, but I think his fight for survival would have been stronger if they made his motivation more clear. Sure, we know he's angry, but they should have shown it consuming his every thought, his every movement. And we just didn't see that. 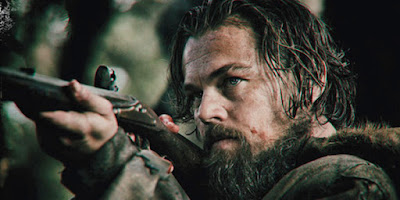 Overall, The Revenant is a brutal film. It is bloody, dark and gruesome, yet beautiful to watch. The cinematography by Emmanuel Lubezki will most likely win an Oscar. His intricate long takes and his use of all natural lighting enhance the film tremendously. Alejandro González Iñárritu's direction is fantastic, as Leonardo DiCaprio and Tom Hardy turn in spectacular performances. On a technical level, similar to Birdman, this film is flawless. However, the story is kind of simple and could have used some more structure. It was a bit too long, and began to become redundant. DiCaprio's character's motivation could also have been cemented a bit more. Regardless, this is a movie that needs to be seen in theaters on a big screen, because there is so much richness to take in. The Revenant is an accomplishment worth applauding.

What do you think? Have you seen The Revenant? Did you like it? Leave your (spoiler-free) thoughts in the comments section below.