The last trailer for Batman v. Superman: Dawn of Justice left a sour taste in a lot of people's mouths. There was so much outcry that I wrote an editorial on whether the anger was even warranted, which you can read here. I have to believe that DC had no intentions on releasing another trailer. They already put out three, anyways. But with so much backlash, I think they realized they needed something different playing in theaters leading up to the movie's release next month. So BAM! We got a new trailer!

I really like this trailer. It's definitely better than the previous one, but not as good as the San Diego Comic Con one. It starts off excellently, showing Batman (Ben Affleck) in action. This might be the best fight choreography we've seen for the Dark Knight, as he's portrayed truly as he is in the comics as using a synthesis of hand-to-hand combat and gadgetry. And the violence is brutal. We heard reports earlier that this Batman may kill, and it looks like from this scene that he has no qualms with dishing out the damage. This scene was the best part of the trailer for me. It left me breathless, watching this action-packed scene play out.

The rest of the trailer is good, but doesn't nearly live up to what the beginning established. I'm mixed on the guitar soundtrack in the background, because it seemed a little bit too retro. But it sounded cool, so I'm willing to give it a pass. We see a lot of rehashed footage, but we also get some new things. We get to hear Gal Gadot's Wonder Woman speak for the first time. We also get to see a lot of Jeremy Irons as Alfred. I don't think he'll have a large role in the film, but I think he will be important and be an almost off-location partner for Batman. Everything else looks really good for this movie. At this point, I just want to see it. I'm done with trailers and posters and TV spots... I just want to see the damn movie! And luckily it comes out next month. 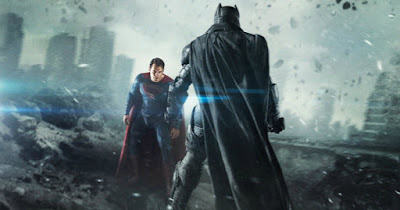 What do you think? Did you like the final trailer for Batman v. Superman: Dawn of Justice? Are you looking forward to seeing the film? Leave your thoughts in the comments section below.