First Trailer for Miles Ahead

Miles Ahead tells the story of classic jazz musician Miles Davis, played by Don Cheadle, and everything that happens in his professional and personal life. I don't know a lot about the musician. I've heard his name, and knew he was a jazz artist, but I knew virtually nothing about the person. I only really watched the trailer because I like Cheadle as an actor. After watching the trailer, I became very intrigued in seeing the film. Cheadle looks absolutely fantastic in the role, and really loses himself in it. I became very interested in Miles Davis himself, as he seems to be a multi-faceted character with a lot of different layers. What's also interesting is that this is Cheadle's directorial debut, which could be a cause for concern, or it could make this an even more engaging film to watch.

My one problem is that I think Cheadle's performance will far outshine the film itself. I think this movie has a real possibility to be weak, but with a fantastic performance. I found myself to be more invested and engaged in the character of Miles Davis, rather than the story or narrative of the film. This may be an unfair judgment, but it's what screams to me when I watch the trailer. This looks like it has the potential to be an Oscar film, but it comes out in April, which is a bit confusing. But overall, I liked the trailer. Cheadle looks great, and I'm really interested in learning more about this musician. But the film itself looks like it could be weak. This may be because it's Cheadle's first film, and the narrative could suffer from that. But we'll have to wait and see. 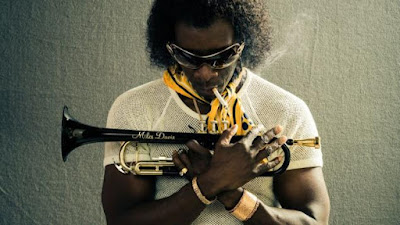 What do you think? Did you like the trailer for Miles Ahead? Are you looking forward to seeing the film? Leave your thoughts in the comments section below.