It's here! The second trailer for Captain America: Civil War is here! I really liked the first trailer, but it was a teaser. We didn't get much more than just a brief glance at the film. But now we have a full length trailer, and it is awesome. The best parts of the previous trailer are more fleshed out and even better in this one. We get a much better sense of what these heroes are fighting for. We didn't get that really with the last trailer, and this one made it more clear. We got a more extended look at Chadwick Boseman as Black Panther, and exactly how he and the Winter Soldier (Sebastian Stan) fit into the film. The action is highlighted, and this looks to be some of the best fight choreography of a Marvel film to date, perhaps rivaling Captain America: The Winter Soldier.

What stole this trailer was the emotion of it. There was power in the fighting, as we saw Iron Man (Robert Downey Jr.) damaged and conflicted over how to do the right thing. We saw Cap (Chris Evans) struggle to fight against his friend. I love that shot of War Machine (Don Cheadle) lying beaten on the ground, and Iron Man holding his body. The fighting between the two sides doesn't feel unnecessary or forced, but there is emotion and power behind it, and you feel that in this trailer. And I think you'll feel it, more importantly, in the theater. 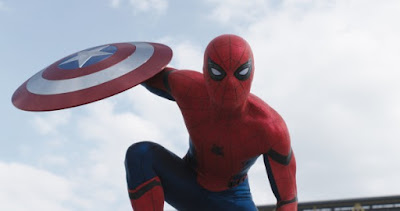 But the one thing everyone is talking about from this trailer is our first look at Spider-Man (Tom Holland), and I'm really mixed on it. The first time I saw the trailer, I absolutely hated it. The costume looked like a cosplay suit. But what angered me most was how his line of "Hey everyone" was delivered. It was very passive and shy, which was not only anticlimactic to such an intense trailer, but it completely goes against Spider-Man as a character. I get that we're starting at the beginning of Spidey's path, but from the beginning Peter Parker was the shy one and he became someone else whenever he put on the suit. Spider-Man would have come across as over-confident and arrogant. That's how he rolls. So for him to say that line so passively and so quietly... it doesn't fit Spider-Man at all. It doesn't matter that he would be intimidated by so many superheroes... Spider-Man would jump right in cracking jokes and bashing on everyone. I'll get into this more in a separate article, but the more I've watched the trailer the more it's grown on me. It's still not at all what I wanted, but I don't absolutely hate it anymore. Hopefully it works better in the context of the film. 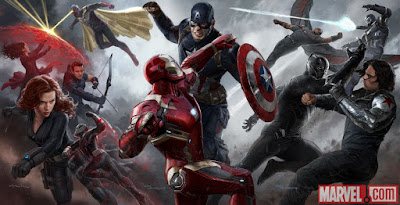 What do you think? Did you like the trailer for Captain America: Civil War? What did you think of Spider-Man? Are you looking forward to the film? Leave your thoughts in the comments section below.