I have been very interested in this Ghostbusters reboot for some time. I am not a Ghostbusters fanatic, but I enjoy the original film. It's very good. But the idea of an all-female reboot intrigued me, especially with the team behind it. Kristen Wiig, Melissa McCarthy, Leslie Jones and Kate McKinnon play the central team, with Chris Hemsworth as their secretary. The movie is directed by Paul Feig who has had tremendous success with some of these teammates in films like Bridesmaids and The Heat. I have been anxiously awaiting a trailer, because I have high hopes for this film. I think it has the possibility to be very successful, so I have been excited to watch a trailer. And now we have one.

I'm mixed on this trailer. On one hand, it recaptured the feel and essence of the original film. The technology looks the same, the goo, the ghosts. It feels the same. And like I said, I love the cast. The problem for me is that the comedy fell flat. I'm hoping that the humor in this trailer doesn't represent all the comedy in the movie, because it's going to be a hard movie to get through. But other than the comedy, the action looks really good. It looks like the same universe. I am confused about how this fits in with the original film, because I thought this was a reboot. But then we see in the beginning of the trailer that this happens thirty years later or something. So I hope for some later clarification on that. Overall, I'm still hopeful for the film, but I wasn't very impressed with this trailer. 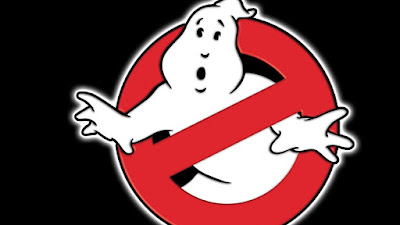 What do you think? Did you like the trailer for Ghostbusters? Are you looking forward to seeing the film? Leave your thoughts in the comments section below.