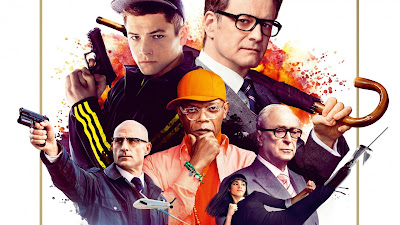 One of my favorite films of 2015 was Kingsman: The Secret Service. It was fun, innovative, and it put an original spin on classic spy films. It was a very enjoyable movie to watch, and, of course, it had the now famous church scene. Ever since its release, fans have been clamoring for a sequel. For a while, a sequel was confirmed and we even had a summer of 2017 release date. It was still unknown whether (spoiler) would return for the second, since he died in the first film. But the real question was Matthew Vaughn. That was the make or break it for this film, whether he would return to direct or not. Even though it is still not confirmed whether he will return (still hoping!), we do have more movement on the project, in the form of a title.

The official title for the sequel will be Kingsman: The Golden Circle. I'm not really sure what it necessarily means, but it's a cool sounding title. I keep getting it confused in my head with that movie The Golden Compass, but that's irrelevant. I'm more interested to see where this sequel goes. There were reports a while back that this film would explore the American equivalent of the Kingsmen, so maybe that's what the "Golden Circle" is. I'm very interested to see who is cast in this film, and whether Vaughn will return to direct. But hearing that there is now an official title means that this film is on the right track, and is just another step closer to coming out. 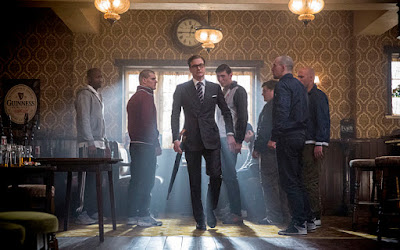 What do you think? Do you like the title of Kingsman: The Golden Circle? What do you think it means? Are you looking forward to seeing the film? Leave your thoughts in the comments section below.