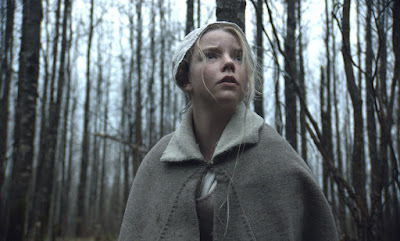 I was really late to The Witch party. I didn't get to see it until it had been in theaters for a while, and even then it's taken me a while to write this review. But this is a movie worth reviewing, so I'm forcing myself not to let it slip through the cracks. Going into this movie, I was optimistic. A few of my friends had seen it, and they thought it was really good. I had also seen that it got great reviews on Rotten Tomatoes (it stands at an 89%). Now, I'm not a particular fan of horror movies. I personally prefer psychological thrillers instead. Truly good horror movies all have another element to it that makes it not purely horror. There's an engaging story, good acting and a deeper message that makes it more worthwhile and profound than ordinary slasher/jump-scare sh*t fests that pollute the theaters nowadays. So I walked into The Witch with expectations that it would be a horror film I enjoy. It does meet these expectations, even if parts do fall flat and drag.

The Witch focuses on a real family in 1630's New England, who have departed from society based upon a disagreement in their theological views. Living on their own in the wilderness, strange things begin to happen to the family, and it becomes apparent that these are the doings of a witch. However, the question soon becomes who this witch is, and whether they are outside of the house, or on the inside. 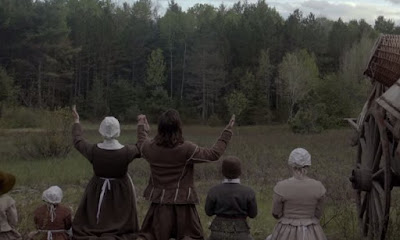 This movie is really interesting to watch, because it is filmed to be very realistic. In a way, it is shot in almost documentary level realism. This accentuates the fact that this film is based on true events, which the text at the end of the movie does a good job of reaffirming. What makes this film really stand out from other horror movies is the quality of acting. The acting in this movie is fantastic, and it really carries the film. Anya Taylor-Joy does a great job of leading the film as the central character. She anchors the realism in her very down-to-earth performance. Ralph Ineson also shines as her father, who shows many different layers from manliness to sensitivity. I think he gave the best performance in the film, as he was never a stereotype "gruff man", but rather, like I said, showed many different layers.

This is truly turning out to be the year of directorial debuts. From Tim Miller with Deadpool to Dan Trachtenberg with 10 Cloverfield Lane and now Robert Eggers for this film, we are getting some fantastic films from first time directors. Last year's continuous theme was the revitalization of dead franchises (Jurassic Park, Mad Max, Star Wars). So perhaps great directorial debuts will be this year's theme. Eggers does a great job of getting the best performances out of his characters as he can, as well as maintaining the sense of realism that carries throughout the film. He also uses practically no jump-scares, which is one thing that I absolutely detest about modern day horror films, because they are never used properly. For a first time director, falling back on overused horror clichés is tempting, but Eggers managed to make an original and engaging horror film. 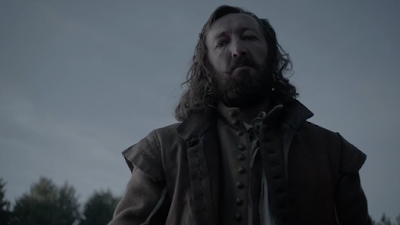 My biggest problem with the film is the first forty minutes, because it is absolutely brutal to get through. I understand Eggers' intent was to show this family living their life so that we would grow attached to them when the scary sh*t went down, but there was no momentum driving these scenes. It was just dead, and I found myself drifting off a little bit at times. It took far too long to get to any of the horror in the film, and it was just way too slow. Eggers needed to cut this part down a lot and give a little more energy. When it finally got to the good stuff, I checked back in and was engaged. Another problem I had was that a lot of the supernatural elements went unexplained. Weird things were happening, but it was never explained what it meant in the larger sense of the film. So in reality, a bunch of weird sh*t was happening for no reason. More explanation and context should have been used to make the horror more effective.

Overall, The Witch is a compelling horror film, strategically and originally built. It doesn't rely on classic horror clichés, and instead offers up genuine terror in its suspenseful build. Robert Eggers does a fantastic job in his directorial debut, as he gets great performances out of his cast, especially from Anya Taylor-Joy and Ralph Ineson. However, the first forty or so minutes are brutal to get through, as there is no liveliness or energy. Eggers needed to cut this portion of the film down and add some momentum. Some of the supernatural elements went unexplained, which detracted from its effectiveness. But in the end, Eggers offers up a great piece of modern horror, which certainly stands out from the trashy films being produced today. 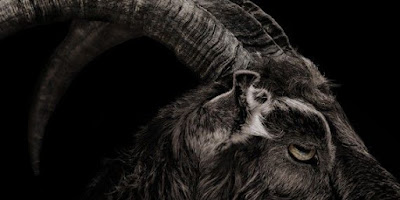 What do you think? Have you seen The Witch? Did you like it? Leave your (spoiler-free) thoughts in the comments section below.