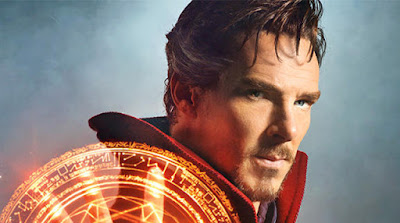 A lot of people have seemingly forgotten that the Benedict Cumberbatch-led Doctor Strange comes out later this year, because there has been almost no marketing for it. Once Marvel's other big film, Captain America: Civil War, comes out next month, I'm sure we'll hear more about this property. But for a while, Doctor Strange has been kept on the down-low, especially regarding the plot. We know that Mads Mikkelsen will be playing the villain, but as to who from the comics he will be playing is unknown. As the movie wrapped filming in New York a few days ago, a series of set pictures quickly went online, showing Mikkelsen on set, in costume.

You can view the pictures yourself below: 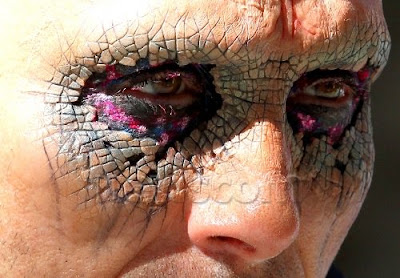 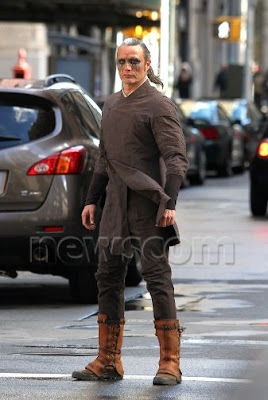 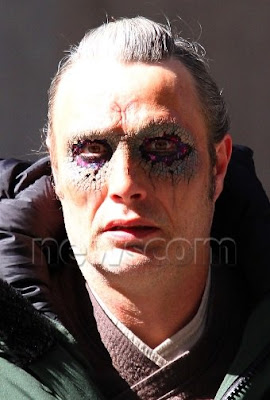 I haven't heard any theories as to whole from the comics Mikkelsen is, and I don't have the slightest idea. It's possible he is just one of the Ancient One's (Tilda Swinton) students gone rogue, or perhaps this the human guise of a more demonic character, such as Dormammu or Mephisto. If I had to bet money, I would go with the former. Everything points to him being in the same sorcerer world that Doctor Strange is in, though I really don't want that to be the story. Because that is the ultimate path of Baron Mordo, played by Chiwetel Ejiofor. I don't want the story repeated in the sequel. But I guess we'll have to wait and see how it plays out in the story.

Below is another set pic, taken of Ejiofor and Cumberbatch in costume. I wanted to include this, because it's our first real look at Ejiofor in costume, and I think they look great together. 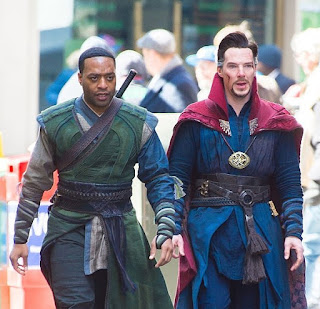 What do you think? Do you like the looks of Mads Mikkelsen in Doctor Strange? Who do you think he could be playing? Are you looking forward to seeing the film? Leave your thoughts in the comments section below.