First Trailer for The Founder

Michael Keaton has been on a role the past couple years. From being Oscar nominated in Birdman in 2014, to having a supporting role in the Best Picture winner Spotlight in 2015, Keaton has really had his foot in the Oscar door. And now he may have done it yet again. Keaton stars in The Founder, the true story behind the founding of McDonalds. Before I watched the trailer, I didn't know anything really about the film. I knew it was about McDonalds and Michael Keaton was the star, and that's about it. But the reaction from this trailer has been that Keaton could be prevalent at the Academy Awards again this year, so I watched the trailer, excited. And I had good reason to be excited, because the trailer is awesome.

I'm loving this trailer (sorry, I had to do it). Sometimes movies take a popular brand or item and make a movie out of it just to capitalize on the recognition, but this is actually an interesting story. Keaton plays an arrogant, self-centered asshole and really shined in this trailer. We also get glimpses of supporting characters played by Nick Offerman, B.J. Novak and Laura Dern. All the performances look great. And the direction by John Lee Hancock looks great. It set a very specific tone for the film, which I really bought into. He directed The Blindside, which I loved, so I am very excited to see what he does with this movie. Overall, The Founder has the potential to be a very interesting and engaging biopic, and a heavy hitter at the Academy Awards this year. I will definitely be checking it out when it hits theaters. 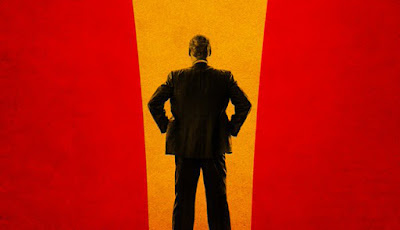 What do you think? Did you like the trailer for The Founder? Are you looking forward to seeing the film? Leave your thoughts in the comments section below.