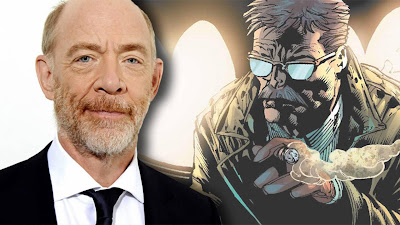 It wasn't too long ago that Academy Award winner J.K. Simmons would be playing Commissioner Jim Gordon in the DC Cinematic Universe. The actor will make his first appearance as the character in next year's Justice League Part One before continuing in Ben Affleck's solo Batman film. It's not known exactly how Gordon will fit into this new universe (especially Justice League) but he will be taking on the role famously played by Gary Oldman in The Dark Knight Trilogy. Oldman was the best Gordon I thought we were ever going to get. He brought a humanity to the role, and did the character the justice needed after being underdeveloped and underutilized in Tim Burton and Joel Schumacher's films. So Simmons has to fill very large shoes going into this.

In a recent interview with Collider, Simmons talked about how he will prepare for the role, as well as taking over from Oldman. Simmons said:

"Well, to read the comics, yes, absolutely. I'm still a couple months out from doing that and I have two other films before then, so I haven't gotten started on that. Obviously, a lot of really wonderful actors have played that character previously, and most of them I saw at the time the movies came out, never imagining that I would be doing the same thing. So, I can't say that I don't have some impression of that character in my head that's based on what I saw, but I'm not planning on going back and watching any of the other films. I'm just planning on learning as much as I can about him through the comics and getting my feet wet in the first movie, and then hopefully continuing on from there."

"I take this from my days doing theater. If I was doing a musical, I would never listen to the cast album because I wanted to do my version of something. I'm sure there will be differences and similarities with what Gary Oldman or Pat Hingle have done before, but I'm just going to try to do my take on it and be as informed as I can about the rich history of the Batman universe, going into it." 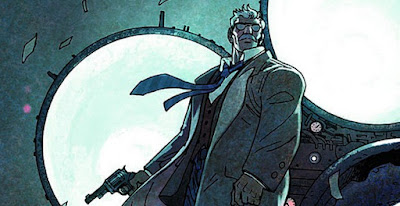 Reading this really made me respect Simmons' methods as an actor. When preparing for a role for a comic book movie, the quintessential way is to read the comics, because that's where you have to draw your inspiration. These comments also reaffirm the saying that "there are no small roles". Gordon will probably have a minute role in Justice League, but the fact that Simmons will be doing all of this work regardless shows how devoted he is to this character and the larger universe. I love Simmons as an actor, but I wasn't jumping-out-of-my-seat excited when I heard he was cast. But after reading this, I think we could get something really interesting and different with Simmons' take on Commissioner Gordon.

What do you think? Do you like J.K. Simmons' comments? Are you looking forward to his portrayal of Commissioner Gordon? How will he compare to Gary Oldman? Leave your thoughts in the comments section below.