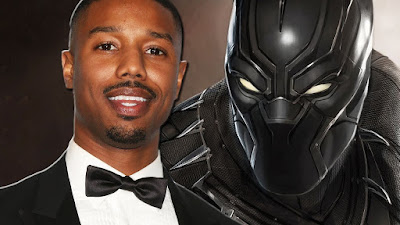 After seeing Captain America: Civil War (read our review here), the Black Panther film quickly became one of my most anticipated upcoming Marvel films. The character, played by Chadwick Boseman, was incredible in Civil War, and was a truly great adaptation of the character. I am very excited for his stand-alone film, as I am very interested so see where they go with the character. Aside from maybe Spider-Man, Black Panther was the best part of Civil War. And with Ryan Coogler directing Black Panther, what's not to be excited about? But ever since Coogler joined, I've wondered if Michael B. Jordan would be involved in some capacity. Jordan has been the lead in Coogler's past two films, Fruitvale Station and last year's Creed. But with Boseman already playing the African superhero, it seemed as if Jordan would be sitting this one out... until now.

Michael B. Jordan has officially signed on to be in Black Panther. Other than being excited, my first thought was that this puts the final nail in the coffin of Fantastic Four. If Jordan is joining the Marvel Cinematic Universe, then any plans for further Fantastic Four movies (with the same cast as last year's film, that is) are officially dead. But now the question becomes who he could be playing. Everyone's first thought is that he could be the villain, but its been speculated for a while now that Andy Serkis would be reprising his role as Ulysses Klaw from Avengers: Age of Ultron, who has long been Black Panther's chief nemesis in the comics. So maybe Serkis won't be in this film, and Jordan really is the villain. Or maybe Jordan is someone else. I'm not really in any position to speculate on who Jordan could be playing, as I'm not overly familiar with the Black Panther lore in the comics. But regardless of who he plays, I am very excited that he is joining the MCU. 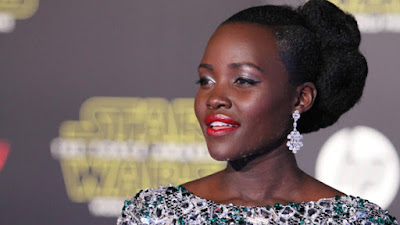 It is also being rumored that Lupita Nyong'o, who won an Oscar for her role in 12 Years a Slave and recently played motion capture roles in Star Wars Episode VII: The Force Awakens and The Jungle Book, will be joining the film as well. While the Jordan casting is certain, Nyong'o's involvement is not definite. If she does in fact join Black Panther, I would be thrilled. She is a tremendous actress, and she would be great to add to the pantheon of Marvel acting talent. I just hope she doesn't become Boseman's love interest. That would be a waste of her talent. She would be great as some sort of Wakandan warrior, or maybe a body guard to T'Challa similar to the once glimpsed briefly in Civil War. But if this film does add Nyong'o, then this is shaping up to be an excellent cast. These additions are just making me more and more excited to see Black Panther.

What do you think? Are you happy that Michael B. Jordan has joined Black Panther? Do you hope the rumors of Lupita Nyong'o's involvement are true? Are you looking forward to seeing the film? Leave your thoughts in the comments section below.