First Trailer for The Accountant

While many people were mixed on Batman v. Superman: Dawn of Justice (read our review here), one thing was certain: Ben Affleck was awesome as Batman! He absolutely kicked ass, and may be the best Batman we've had to date. And now with Affleck being an executive producer on Justice League, all eyes are on his next few projects. While he is venturing out more into directing, he is also falling back on regular acting, such as in his next film, The Accountant. Affleck stars as a mathematician/secret agent. So he's pretty much stealing Matt Damon's two most popular films: Good Will Hunting and the Bourne films. I had no expectations for this movie, until I watched the trailer that was recently released.

I really liked this trailer. It is more than just a straight action film, but it feels more like a thriller. I think the tone of the trailer was fitting for the movie. The supporting cast looks great as well. Anna Kendrick, J.K. Simmons, John Lithgow and Jon Bernthal are all tremendous actors, and I think they will contribute a lot to this movie. Gavin O'Connor is directing this film, and I actually have not seen his most popular film, Warrior, so I cannot comment on his directing ability. But from the trailer that I saw and the cast and talent behind this film, I can honestly say that I am excited to see The Accountant. 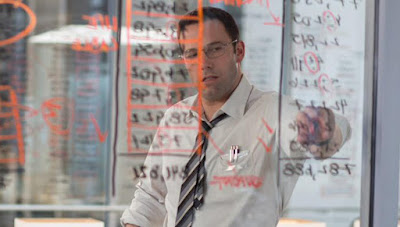 What do you think? Did you like the trailer for The Accountant? Are you looking forward to seeing the film? Leave your thoughts in the comments section below.