There has yet to be a good video game movie adaptation. A lot of people think that may change with Warcraft this summer, but I don't like the looks of that film. It just looks like a boring, bloated, CGI mess. Now the other big video game movie coming out is Assassin's Creed, and this is a project I was interested in even before this trailer. First of all, I really like the video game series. It is very worthy of a cinematic interpretation. But that aside, look at the talent behind it! You have Michael Fassbender and Marion Cotillard starring, with Justin Kurzel from Macbeth directing. This movie has a lot of potential to be the first good video game movie adaptation, so I had high expectations when I watched the trailer. And I can safely say they were (mostly) met.

I really liked this trailer. It has a really cool vibe to it. It captures the feeling of the video games, with its visuals and its style. The actors all look fantastic in their roles. The action choreography looks great, and the costume design is equally impressive. My one problem with the trailer is the song. It has no place in this trailer, and does not fit at all. The song itself isn't necessarily bad (not my type, anyways), but regardless a Kanye West song does not fit into the trailer for Assassin's Creed. It just doesn't. Its use is jarring, and brought down my enthusiasm for the trailer a bit. But, song aside, this is a really cool trailer and I'm excited to see more from Assassin's Creed. 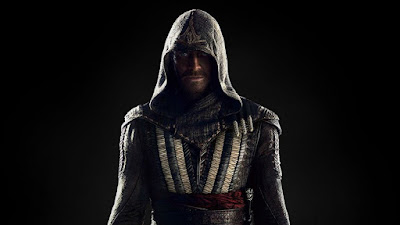