I was never a big Star Trek fan, until J.J. Abrams came around and reinvented the franchise. I really like his first two films. I think they did a great job of semi-rebooting the franchise, and reshaping it for the next generation (pun intended). And I've been really looking forward to seeing the third installment in the series, now helmed by Fast and Furious director Justin Lin. I thought the casting of Idris Elba as the villain was fantastic, and I was excited to see Sofia Boutella from Kingsman: The Secret Service appear, but I was not a big fan of the first trailer. It felt too action-oriented, and more in the vein of Guardians of the Galaxy rather than what the first two films were truly about. It felt like an unnatural turn for the series. So I've really been looking forward to seeing another trailer. I still have a lot of faith in this movie, and I was hoping for this trailer to get me excited again.

And it did, for the most part. It was definitely better than the first trailer. The music change without a doubt helped me take this more seriously, and I became more invested. It was more character-based, rather than action, which is how the past two movies have been. It wasn't a perfect trailer, but it was significantly better than the one we got before. Simon Pegg co-wrote this film, and I have faith that he wrote a good movie. This trailer confirms that this won't be a bad movie... it just suffered from a bad first trailer. And that I can forgive. So hopefully this movie ends up delivering in theaters as being a really solid third installment into the series! 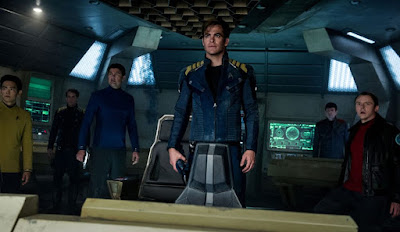 What do you think? Did you like the trailer for Star Trek Beyond? Are you looking forward to seeing the film? Leave your thoughts in the comments section below.