Donald Glover Joins Spider-Man: Homecoming, and Why He is Not (the Traditional) Miles Morales 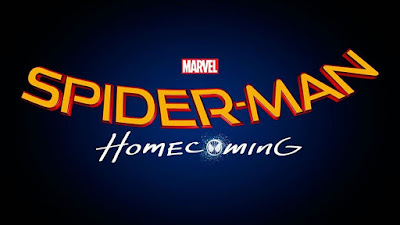 Spider-Man: Homecoming is shaping up to be a very interesting film. After Tom Holland shook things up in Captain America: Civil War (read our review here), excitement over the character's first solo film under Marvel's creative supervision has escalated, and now more and more information is dropping every single day. We know Robert Downey Jr. will appear in the film as Iron Man, and Michael Keaton will play the villain, as the Vulture. Several other actors have been cast in smaller roles, filling out some of the high school students and other various roles. And now, another actor has been added that has caused quite a stir online.

Community and The Martian actor Donald Glover has joined the project, leading many to speculate that he could be playing Miles Morales, the kid who takes on the mantle of Spider-Man after Peter Parker dies in the Ultimate comic book run. Back when Sony and Marvel's deal came about, I wrote an editorial about it, and specifically mentioned why it made sense to make Spider-Man Peter Parker, and not Miles Morales. You can read the article here, but to quickly reiterate: Everyone knows Spider-Man to be Peter Parker. Parker has a rich history of over 70 years of comic book source material. Miles Morales hasn't even been around for 10 years. The issue is not diversity; the issue is the character, and Peter Parker is the far better character. Now, I was all for them getting a black actor instead to play Parker, but they chose to go with a white guy instead. 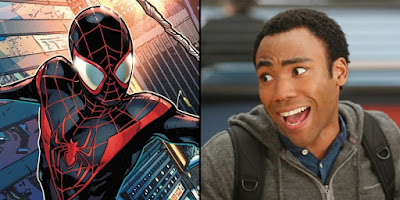 Now with Glover joining Homecoming, many people online are claiming that he will be playing Morales. For a long time, Glover has been the favored pick on the Internet to play Morales, so it clicked for a lot of fans that this is the clear path the film is taking. I just want to say hold on for a second. Could Glover be playing a variation of Morales-- a Morales is that has not association to Spider-Man other than being a human, regular guy named Miles Morales? Sure, he could be. But I do not think there is any way that Glover will be playing a Miles Morales Spider-Man in Homecoming. Could they be setting it up for further down the line? Maybe, but not for this film. And it would be a poor move for them to do that anyways.

This is the first time Spider-Man has been under Marvel's umbrella. I want to see them do the real Spider-Man: Peter Parker. We have seen two kinds of Peter Parker already, but none of them have been a true version. While Tobey Maguire has been my favorite Parker, and did a great job with the character, he wasn't the true version of the character. They cheated the character of his time in high school, with his youth being a pivotal part of the character's identity. And that is something Marvel now has the chance to explore. I want to see Marvel do Parker. Frankly, I have no interest in Morales. I didn't grow up with him like I did with Peter Parker. I don't care at all about seeing him. Like I said, it's about the character, not the race. I would have been completely fine if they made Peter Parker black, but they didn't. I want to see what Marvel does with Peter Parker, and it would over-pack the film if they tried to squeeze Miles Morales' Spider-Man into the film just to please fans. 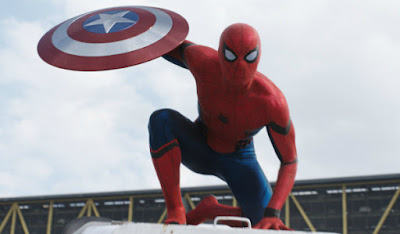 What do you think? Are you glad Donald Glover is joining Spider-Man: Homecoming? Is he playing the Miles Morales Spider-Man? Or is he playing a different version of Morales? Could he be someone entirely different? Leave your thoughts in the comments section below.