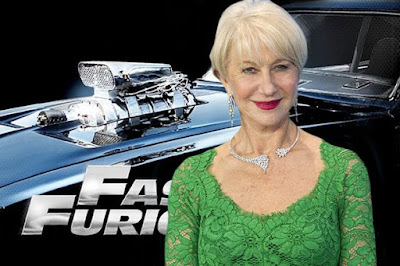 For a while now, Helen Mirren has been campaigning to be in the next Fast and Furious movie, Fast 8, which will be helmed by Straight Outta Compton director F. Gary Gray. The film is set for release next year, with Mad Max: Fury Road's Charlize Theron as its villain. But even before that casting, Mirren desperately wanted to be in the film. And I really wanted her too. I thought she would be great as Luke Evans and Jason Statham's characters' mother, and could bring that villain arc full-circle. But regardless of who she would play, I really wanted to see her in the film. And now, it seems that hope has finally come true.

In a recent interview reflecting her last film Eye in the Sky, Mirren confirmed her involvement in Fast 8, saying:


"(Eye in the Sky) fits in very, very well with what I want to be doing. I want to be making film and theater, but film is particularly relevant. I like it to be serious. Of course, having said that I'm about to do Fast and Furious 8. But that's for the fun of it. So maybe that's what I want as well, some fun and some relevant, serious, important movies."

She then went on to say: 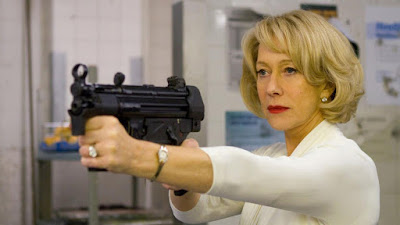 I love this. Like I said, I really wanted Mirren to be in the film, and I love how dedicated she is to it. She really wants to do it, and actually drive the cars. Mirren proved she could, at the ripe age of 70, pull of action tremendously with the RED films. The movies may have been so-so, but she was awesome and kickass in them and if she can bring that same level of badassery to Fast 8, then I'm all in. And I hope they do let her drive the cars. The Fast and Furious franchise has been known for their insane and (mostly) practical stunts, and to see a real Helen Mirren (and not a CGI one) in the car as it happens would be incredible to watch. I am really excited to see Fast 8 now, and I hope she brings it and kicks some ass!

What do you think? Are you glad that Helen Mirren will be in Fast 8? Are you looking forward to seeing the film? Leave your thoughts in the comments section below.