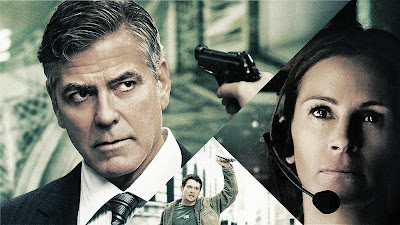 I was really looking forward to seeing Money Monster. I had seen the trailer play in front of another movie about a month prior, and I thought it looked fantastic. George Clooney and Julia Robets are great actors, and my interest was peaked even more when I saw that Jodie Foster was directing. I thought this could be a great dramatic thriller, with powerful performances that had a clear message about consumerism and Wall Street. But my expectations were lowered by a lot when I saw the Rotten Tomatoes rating was 55%. I went into the film hoping for the best, but prepared to be disappointed. But, after all, I have no idea why critics didn't like this film. It may not have enough substance to last the entire film, but the power it has from both its performances and suspense it builds up is electrifying.

Lee Gates (Clooney), a renown media mogul who runs a Wall Street analytics show called "Money Monster", is suddenly held hostage by a crazed suicide bomber (Jack O'Connell), who blames Gates for his financial issues. The show's director, Patty (Roberts), must skillfully talk into Gates' ear in order to try to reason with the bomber to save the lives of everyone in the building... all while the show is still broadcasting live worldwide. 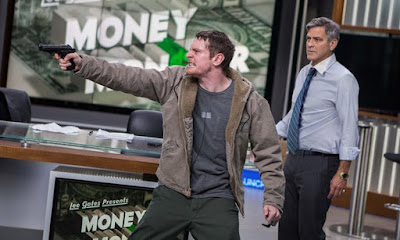 I really liked this movie. Everyone across the board gave great performances. Clooney played this stubborn, self-absorbed rich guy, and plays is perfectly. Roberts works to kind of anchor him, and they have a great dynamic throughout the film. O'Connell might give the best performance, because you feel sympathy for him. At first he is just this crazy guy wanting to kill everyone, but the longer he stays on screen and the more you learn about his motivation and his past, you begin to feel sorry for him. This could have not worked, and felt forced, but it feels really organic and natural because of both the writing and O'Connell's performance.

The writing and directing were both fantastic. I thought Foster did a great job of keeping a steady pace and momentum, and keeping the suspense going. For a lot of this film, I was on the edge of my seat, and I had no idea where the movie was going to go next. For a movie like this, it would have been easy for the characters to be written as one-dimensional, and the suspense to feel forced, but it's the complete opposite. The characters all feel real, and have different layers and emotions that we get to see throughout the film. And the suspense is well-realized, and excellently utilized. 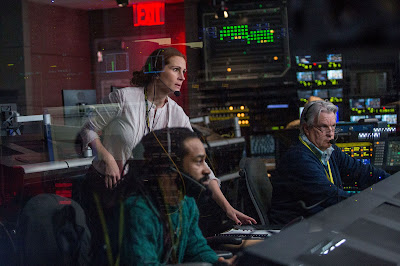 I only have a few problems with the film. I thought that it didn't have enough substance to last the entire run time. Once the writers got the bomber into the room, they didn't really have a lot of ideas of what to do inside the room. They had some good ones that play out instantly, but then they fall on some weaker ideas that you could tell were just there to kill time, and they didn't really add to the overall story at all. I also thought we needed to have Clooney's character better established before the action went down. When we first meet Clooney, we see him for maybe ten minutes before the bomber shows up, and I felt like we needed a little bit longer to understand who he was normally before he was put under distress. And the overall mystery I liked, but it could have been a bit more captivating. I didn't think it was explained to the audience as well as it could have, but regardless I still felt the suspense of them trying to figure out this overarching mystery.

Overall, Money Monster is a great thriller. It has fantastic performances by George Clooney, Julia Robets and Jack O'Connell. Director Jodie Foster is really able to capture the suspense, and draw the audience in. I felt the writing was great in making these characters three dimensional, when they easily could have been poorly written. The pace was fast and strong, and kept me on the edge of my seat. However, I didn't think the movie had enough substance to last the entirety of the film, and some scenes felt like they were just killing time. Clooney's character needed to be better established prior to the action in the film, and the overall mystery could have been more engaging. But in the end, Money Monster serves as a thrilling, suspenseful drama that will do nothing but entertain you. 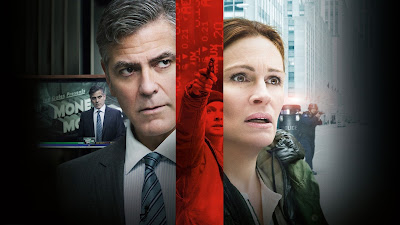 What do you think? Have you seen Money Monster? Did you like it?  Leave your (spoiler-free) thoughts in the comments section below.