I didn't see the first trailer for Morgan until I was in the theaters seeing something else, and it played during the previews. Instantly, I wondered what the hell this movie was. The trailer was very well-crafted; you didn't really know what was going on, and it left a lot for your imagination. It made you interested in this film. So I was interested to see where the second trailer would go. If this one was just as ominous, then it might be seen as a simple rehash, and the marketing team is trying to hide this film. But if it followed a true narrative, then it might take away from the suspense the first trailer built up. So I clicked on this trailer, eager to see which path they took. And, unfortunately, it was the latter.

This film now looks very average to me. It's lost a lot of the anticipation and the curiosity behind it, because it looks like just another movie where people play with artificial intelligence and sh*t goes down. The intrigue of the first trailer is gone, and now all I see it an average film. Could this have just been a poor trailer, and the movie itself is something special? Yes, but this trailer really turned me off from this film, and now I don't see a true need to see it. It looks like a poor man's Ex Machina. I'm hoping the movie will change that mentality for me, but based on this trailer, that's what I'm walking away thinking. 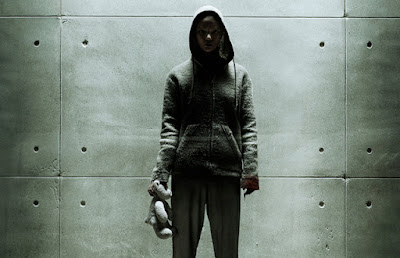 What do you think? Did you like the trailer for Morgan? Are you looking forward to seeing the film? Leave your thoughts in the comments section below.