The Lobster- An Interview with Actor Anthony Moriarty 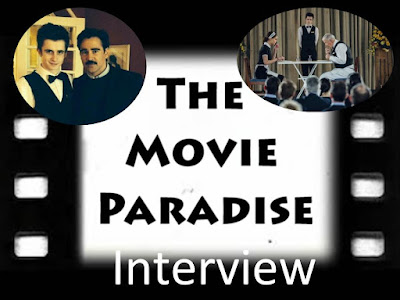 The Lobster was a very fascinating, dry comedy starring Colin Farrell that I had the pleasure of seeing recently. It was a film I had wanted to see for a while, after our other writer Rob had been raving about it for so long. The film itself doesn't disappoint. It is obscure, and out-there, but entertaining nonetheless. It's not a perfect movie, but it has a lot to say about society and people, all while making you laugh. You can read our review for the film here. So when the opportunity came, how could I turn down a chance to talk with Anthony Moriarty, an actor who had a very memorable scene in the film, depicted in the image above. He plays a waiter who helps explain to the residents of the Hotel the importance of not being alone, and having someone with you, in some very dry but perfect comedic moments. It's a great scene, and it's one that stood out to me when I left the theater.

So here it is, without further adieu, my interview with Anthony Moriarty: 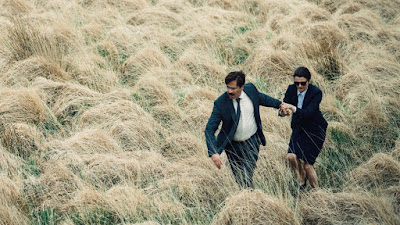 How involved in acting were you before The Lobster? How did you get the job?

"I wasn't involved in acting for very long before The Lobster. I started taking up acting classes once a week. After a few weeks of classes, I heard they were looking all over Ireland for actors for a film starring Colin Farrell and Rachel Weisz. I emailed the casting director to see if I could get an audition. I got a reply inviting me to come along, which was exciting because it was my first audition. I went to the casting not expecting much, but I managed to get a recall. So from there I was invited to meet with the director, Yorgos Lanthimos. It turned out that they really liked me and a few weeks later they offered me a part."

How long were you on set for The Lobster?


"I spent about two and a half weeks filming for my role. We stayed in the hotel where the movie was shot, which was an interesting experience."

Who did you mainly work with while on set?


"I worked a lot with Colin Farrell. He was there on my first day on set, and right through. He was great fun and very generous with advice. I met John C. Reilly, Ashley Jensen, Ben Whishaw and Olivia Colman a few days in. They were all really nice and great to work with. I felt like all those guys really looked out for me being new to this world. But for most of my scenes, I worked with Anthony Dougall, who played "50 year old waiter". We had a great time and became good friends over the course of the shoot."

How much of the story were you aware of while filming? Had you read the screenplay?


"I had read the screenplay before filming, but I really didn't understand it. I thought I would understand it better once I began filming, but it was even more confusing. I don't really know if any of the other actors had any idea how it would turn out, but we all trusted Yorgos and knew it would be great."

What are your thoughts on the film as a whole?


"I really loved the film. It's very strange in the best sense, and I found it very funny. It's not your typical movie; it's unique, which made it great for my first role. I have great appreciation for this film having seen all the work that went into it."

What are your future plans for acting? Any new projects?


"I have just finished up full time training in Bow Street Screen Acting Academy (in Ireland). I felt I really wanted to get the best training possible in order to be ready for any up and coming projects. I filmed a short film called The Parting Glass last year which I played the lead, and we are hoping to hit the festival circuit soon. Now that I have completed training I'm looking to start working on some interesting projects again soon."

Best of luck to you Anthony. While it was a smaller role in the film, you did really stand out in a memorable scene, honestly. I hope things go well for you in the future, and I will be very interested in checking out The Parting Glass.

You can find Anthony Moriary on Twitter @Ant_Moriarty, as well as his film credentials on IMDb. 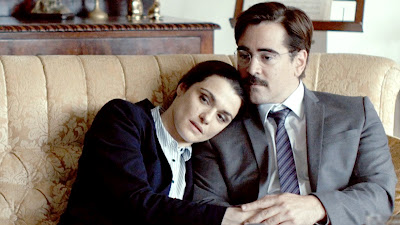 What do you think? Did you like my interview with Anthony Moriarty? Have you seen The Lobster? Did you like it? Leave your thoughts in the comments section below.