This is the ninth installment of this editorial series where I basically take a movie and pick my personal five favorite scenes from that movie. Then, you can go into the comments and say why you either agree or disagree with me. For this article, I will be doing Straight Outta Compton Warning- there are spoilers!


(Make sure to check out our other "Top 5 Favorite Moments From" for The Dark Knight Rises, The Matrix, Rise of the Planet of the Apes, The Avengers, The Shawshank Redemption, The Wolverine, Swingers and One Flew Over the Cuckoo's Nest- all right here) 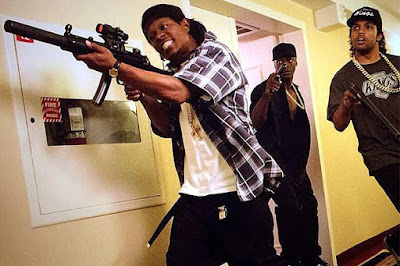 After several victorious concerts, the N.W.A. members celebrate with a giant orgy that stretches the length of a couple hotel rooms. Amidst the fun, a couple of hard-looking guys come to the door, looking for a girl named Felicia. In an excellent tracking shot, DJ Yella (Neil Brown Jr.) searches for Felicia. In order to scare away these guys, N.W.A. storms out of their room packed with high-grade guns and charges them. And when they finally find Felicia, Ice Cube (O'Shea Jackson Jr.) locks her out of the room, naked, with a simple "Bye Felicia" as he shuts the door.

The moment is great comedic relief, and it has since become one of the best known quotes from the film. It just shows how they rose to power, from being simple kids on the street to packing real weapons, and being able to fight off the same type of people that intimidated Eazy-E (Jason Mitchell) in the opening scene of the film. It's a great moment to cheer them on, and to root behind them as they finally rise up in the pecking order. 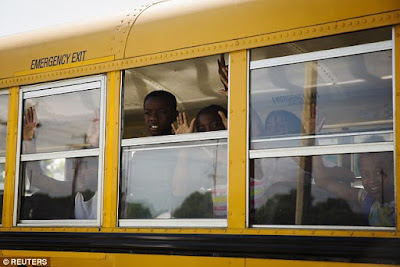 While Ice Cube the "poet" is writing rhymes on the school bus, a bunch of the kids begin to mock a passing car, yelling at them and making gang signs. The car then proceeds to pull in front of the bus and board it, carrying weapons. They hold a kid at gunpoint, forcing him to tears as they ask why they were doing what they were doing. The kids respond that they were just joking, and the gang members inform the kids on the seriousness of what they were doing. He even says a stand-out line, that the kids ought to be "gang-banging books" instead of dealing with crime. Who knew gang members gave such motivational speeches.

This was a terrifying moment to watch in theaters. When the car pulled in front of the bus, it was a true "Oh sh*t!" moment. I had goosebumps throughout this entire scene, and it is just filmed terrifically. Director F. Gary Gray perfectly constructs the rising tension that holds you at the edge of your seat. Sprinkled in with some comedic lines, and you get a great scene that just further establishes everyday life in Compton, and you further understand where these kids are coming from. It makes lines like "Our art is a reflection of our reality" more impacting when you see just exactly what their reality is.

#3 "You Can't Arrest Someone Because They're Black"

After stepping outside for a moment to take a break from recording their debut album, the N.W.A. members are harassed by a couple police officers, who knock the food and drinks from their hands and force them to lie down on the ground. They clearly did nothing wrong, and are being arrested anyways. The scene takes a dramatic turn when their manager, Jerry Heller (Paul Giamatti), steps out to have a word with the officers. After the officer says that the men look like gang members, Jerry says a great line in "you can't arrest someone because they're black!". Jerry is able to get the band members back into the studio, and of course, this experience is the inspiration for Ice Cube to right the famous N.W.A. song "F*ck the Police".

This is a great scene, because it shows another instance of police brutality, which is a prevalent theme in the movie. It also shows the stark difference between how the police interact with the N.W.A. members and how they interact with their white manager. It also is a collision of worlds, as Jerry is exposed to the reality that these Compton kids live every single day, and the injustice of the situation. Plus, the straight lead in to "F*ck the Police" is fantastic writing and editing, and it makes that song even more powerful. 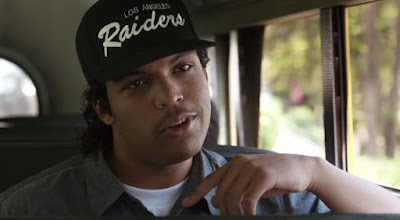 After Priority Records manager Bryan Turner (Tate Ellington) refuses to give Ice Cube the money he owes him, he takes matters into his own hands. Ice Cube returns to the office with a baseball bat and some of his friends, who mess up Turner's office a bit in order to send a message. After smashing records, breaking vases and destroying furniture, Ice Cube leaves Turner in a shaken mess, demanding his money be delivered to him.

This scene has great build up, as in previous scenes Ice Cube has stated that he and Turner had a deal, and Turner broke that deal. So there is justification for this scene to an extent. The scene is thrilling; we see Ice Cube walking in, surrounded by his men, with a baseball bat in hand. Turner asks very calmly what he is doing, and as soon as Ice Cube begins smashing things, Turner begins screaming. Turner's reaction to what Ice Cube is doing elevates the scene, and makes it work. It feels genuine, and it adds to the terror of the scene. This really establishes Ice Cube as someone you don't want to f*ck around with.

"Our Art's a Reflection of Our Reality": After being arrested in Detroit, N.W.A. holds a press conference in which they are asked a few questions. From this scene comes one of my favorite lines in the movie, when a reporter asks why their songs glorify violence. They respond "Our art's a reflection of our reality."
Tank: In a thrilling opening scene, Eazy-E tries to get the money that is "rightfully" his from a group of drug dealers, before the police crash the party with a giant tank. It's a fantastic opening scene, and really sets the tone and the momentum of the film.
We're Brothers: After Dr. Dre's brother dies, all of N.W.A. huddles around him, sharing in his grief. Eazy-E, in a candid moment, says to Dre "We're brothers." This is a really powerful and emotional moment in the film, and cements the group as more than just musicians, but as a family.
Eazy-E Learns the Truth: After passing out during a recording session, Eazy-E awakes in the hospital and learns the sad truth... he has aids and will die from it. He has a very strong emotional response to it, one that is heartbreaking to watch, and one that just proves Mitchell's strength as an actor.

After the police corner the N.W.A. members before their Detroit concert, telling them that they are not to perform the song "F*ck the Police", and that they will be arrested if they do, Ice Cube decides to do it anyways. They see this as freedom of speech, and that the police are violating their First Amendment right by telling them what they can and cannot say or do. So in this powerful scene, you see Ice Cube work the crowd against the police, and then start the song. The police move in, and when shots break out, N.W.A. makes a run for it, before the police catch up to them and throw them in the back of a police car.

F. Gary Gray directed this scene perfectly, cutting between Ice Cube performing and the officers moving in. There is a fantastic energy in this scene, where the whole time the tension is building up, and you know something bad is going to happen. As N.W.A. is being arrested, you see the crowd booing, siding with the band. And right after they are arrested, it cuts immediately to a press conference where they are fine and nothing legally happened to them. It just shows that the police had nothing but empty threats. 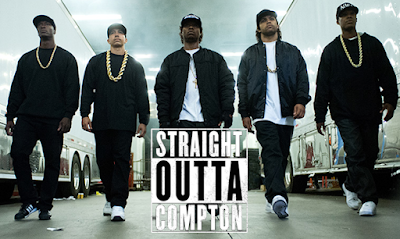 What do you think? Do you agree with my list? What are some of your favorite moments from Straight Outta Compton? Leave your thoughts in the comments section below.